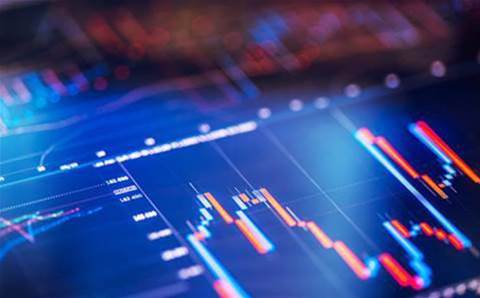 Cloud security vendor Zscaler has filed to raise up to US$100 million in an IPO and revealed that channel partners account for more than 90 percent of the company's revenue.

The company said that it works closely with global systems integrators and regional telecom service providers, with sales through Zscaler's top five channel partners accounting for 47 percent of overall revenue in the company's the most recent fiscal year, which ended 31 July.

"Our ability to achieve revenue growth in the future will depend in large part on our success in maintaining successful relationships with our channel partners, identifying additional channel partners, and training our channel partners to independently sell and deploy our platform," Zscaler said in its 173-page S-1 registration statement filing with the US Securities and Exchange Commission.

Zscaler declined to comment on its S-1 filing. The company was founded in 2008, and has raised US$148 million in just two rounds of funding. The company had previously filed confidentially for an IPO, TechCrunch reported in October.

The company said in its S-1 filing that it plans to use the net proceeds of its IPO for general corporate purposes, and be listed on the Nasdaq stock exchange under the ticker symbol "ZS."

The company's share of business coming from the channel increased from 80 percent in the year ended 31 July 2015, to 91 percent in the six months ending 31 January 2018. Zscaler's channel partner contracts typically have a one-year term, and the company works with VARs such as CDW and SHI, SIs such as Deloitte and HCL Technologies, and telecom providers such as, Deutsche Telekom and Verizon.

Each of these relationships entails rigorous performance testing of Zscaler's cloud infrastructure, education and training of channel partners' marketing and sales professionals, and integration and alignment of pricing strategies, according to the S-1 filing.

"These channel partners are engaging at the C-level to discuss strategic network transformation and cloud migration projects, and we work with these channel partners to deliver security solutions to their most important enterprise customers," Zscaler wrote in its S-1 filing.

From a sales standpoint, Zscaler said it hopes to provide channel partners with education, training and programs, which includes supporting their independent sales of the company's products. Plus the company engages in joint marketing activities with its deeply-integrated ecosystem of channel partners, according to Zscaler.

"We believe that such investment, and investment in our sales force, will lead to significant expansion in our customer base, which will materially impact our business and results of operations," Zscaler wrote in its S-1 filing.

CEO Jay Chaudhry and his affiliates own 53.8 percent of Zscaler before the IPO, according to the S-1 filing, with entities affiliated with TPG Capital holding 8.7 percent. TPG Capital led Zscaler's US$110 million Series B round of venture capital, which was announced in August 2015.