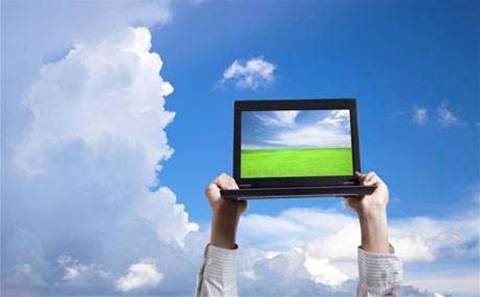 Cloud Sherpas on Friday unveiled its global Cloud Advisory practice, touting it as a way to tailor its consulting work to the specific business needs of its clients.

Cloud Sherpas, based in Boston, is investing US$10 million in its Cloud Advisory practice over a two-year period. Acting as an independent unit within the company, the team will provide impartial consulting to its clients prior to implementation, Matt Johnson, Cloud Sherpas vice president of Global Cloud Advisory, said in an interview.

"We have a very concerted focus on wanting to be balanced, knowing that cloud transition is half organization and half technology. The promise of cloud technology is more than just the financial benefit of renting software, it's also more than just the agility factor of it not having to develop products, there's also an organizational change element," Johnson told CRN US. "Cloud technology helps you change your business. We're embracing that."

Johnson said the goal of the Cloud Advisory team is to make sure the cloud solutions clients implement are actually helping their businesses. This business analysis step is often neglected by many large firms, he added.

While some of Cloud Sherpas' clients have similar consulting practices, Johnson said that they often exist in "silos," where one division will develop a business plan with the client, and then pass it off to a completely separate division for technology implementation, without much communication between the two. That isn't the case with Cloud Sherpas' practice, he said.

The Cloud Advisory team deals with clients through a four-part process. First, it approaches the stakeholders leading the organization's technology transformation, to figure out what they're trying to achieve. From these discussions, the team can develop a very clear strategic scope for moving to the cloud, Johnson said.

For example, if an organization is migrating email systems to Google Apps, the team tries to figure out whether the move is simply about replacing Microsoft Outlook or improving overall workplace collaboration. This first step is crucial, Johnson said, because it's the number one factor in determining whether a project will succeed.

Second, the team determines what technologies it is going to change, and then identifies the  business goals it needs to fulfill. Finally, Johnson said, the team builds out a plan for the new technologies, including things like cost, size of project and metrics to measure success.

"While the implementation requires agile approaches and thinking, the strategy still has to be good old fashioned 'Think this through and have a future vision and build towards that vision'," Johnson said.

Johnson he's seen a positive response from clients for this type of approach to technology transformations, especially since many of them are coming to Cloud Sherpas with negative past experiences of botched implementations performed by other partners.

"I believe it's one of the reasons we have a nice growth trajectory," Johnson said. "People find it refreshing."

Grow your software revenue by selling these 5 affordable, essential tools for the modern workplace
By a Staff Writer
Mar 26 2014
6:30AM