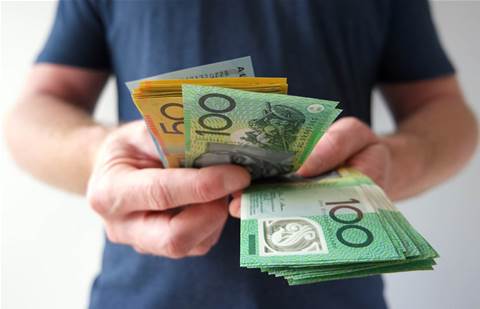 Gartner has predicted that cloud growth will be the primary reason IT spending will increase by 3.2 percent year-on-year in 2019.

The analyst firm expects IT spending to top US$3.8 trillion (A$5.36 trillion) next year, led by businesses wanting to boost their digital transformation efforts, despite there being a lot of uncertainty around the currency instability.

“While currency volatility and the potential for trade wars are still playing a part in the outlook for IT spending, it is the shift from ownership to service that is sending ripples through every segment of the forecast,” John-David Lovelock, research vice president at Gartner, said.

“What this signals, for example, is more enterprise use of cloud services — instead of buying their own servers, they are turning to the cloud. As enterprises continue their digital transformation efforts, shifting to 'pay for use' will continue. This sets enterprises up to deal with the sustained and rapid change that underscores digital business.”

Enterprise software will see the most impressive growth over the 12 months, with sending expected to increase by 8.3 percent. If this is separated out into its component parts, the true value of the cloud can be realised, with SaaS expected to grow by 22 percent.

Cybersecurity software is the most popular projected investment for the enterprise, with privacy and securing businesses against the growing threat of attacks a primary concern for CIOs next year.

Data centre systems aren't far behind software, with growth expected to top 6 percent, although this isn't a huge jump from 2018's anticipated increase of 5.7 percent compared to last year.

Spending on IT services and devices will also play a big part in the overall growth, with spending increasing by 4.7 percent and 2.4 percent respectively.