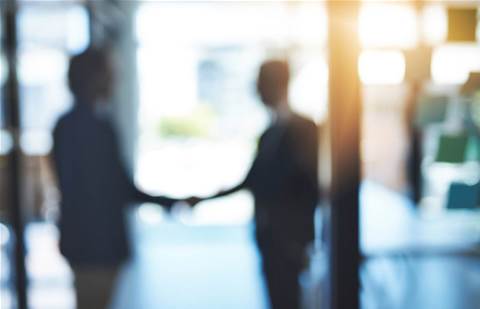 Cloudera and Hortonworks, two of the largest providers of open source enterprise Hadoop products, have announced a merger of equals deal that's said to place their joint value at US$5.2 billion.

The Big Data companies, once heavy rivals, have built their businesses on providing simpler, packaged IT services for companies wanting to exploit the data processing power of the Hadoop platform but are unable to build systems from scratch.

Where Hortonworks has largely relied on charging for support services as a purely open source provider, Cloudera based much of its business on subscription services. The deal will likely see many Hortonworks customers transition over to a subscription fee, providing an early spike in revenue for the joint company.

The deal places the companies in a far better position to take on newer cloud solutions by providing a platform that covers multiple cloud types, as well as on-premise and edge. It also gives the two companies a far better chance at maintaining profitability in the heavily crowded big data space.

"This compelling merger will create value for our respective stockholders and allow customers, partners, employees and the open source community to benefit from the enhanced offerings, larger scale and improved cost competitiveness inherent in this combination," said Rob Bearden, chief executive officer of Hortonworks.

"Together, we are well positioned to continue growing and competing in the streaming and IoT, data management, data warehousing, machine learning/AI and hybrid cloud markets. Importantly, we will be able to offer a broader set of offerings that will enable our customers to capitalize on the value of their data."

Cloudera chief executive Tom Reilly will serve as CEO of the combined firm, while Hortonworks' COO and CFO Scott Davidson will stay on as COO.

Current Hortonworks boss Rob Bearden will join the board of directors, with current Cloudera board member Marty Cole moving up to the role of chairman.

Shares in the firms spiked post the news, with Cloudera stock surging 26 percent in after-hours trading, and Hortonworks rising by 27 percent.

Eliminating departmental friction within MSPs
By Dale Walker
Oct 5 2018
7:06AM