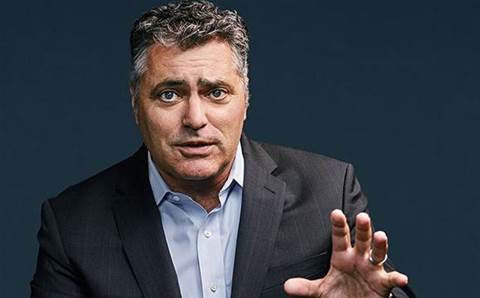 Reilly, who has led the Hadoop powerhouse since June of 2013—through an IPO and later a merger with its largest competitor—said he would step away from the company at the end of July.

Martin Cole, Cloudera's board chairman and a former Accenture exec, will fill the top job in an interim capacity until a new, permanent CEO is hired, the company said.

Reilly's retirement announcement triggered an almost 30 percent drop in Cloudera's share price Wednesday in after-hours trading—from a market close at US$8.80 to US$6.17 at press time.

Later in the day, Reilly spoke to investors in an earnings call, where he presented Q1 fiscal 2020 financials that beat expectations on the extent of operating losses — a net loss of 13 cents per share compared to 23 cents expected — but fell short of the revenue guidance Wall Street was looking for.

Cloudera went public in April of 2017 in a high-profile tech IPO that valued the company at US$1.9 billion. That IPO exceeded the listing price, but formally marked a substantial drop in value from a few years earlier on the private market.

In filing for a public offering, Cloudera disclosed as a major investor Intel, which had paid the equivalent of more than US$30 a share in 2014.

At the start of this year, Cloudera completed a US$5.2 billion merger with its largest competitor, HortonWorks. Since then, Cloudera has grappled with the big project of rationalising the two companies' product lines and streamlining their combined operations to achieve profitability.

Reilly was formally an executive at IBM and Hewlett-Packard before taking the CEO position at Cloudera. He came to IBM in 2004 to lead an information management solutions division after Big Blue acquired Trigo Technologies, an early data management software company at which he served as CEO.

Cloudera, while having established itself with the Hortonworks merger as the dominant Hadoop company, faces challenges on a few fronts.

Spark, another open source framework for big data clusters, has challenged the project's position in the market by processing large datasets in-memory, a technique which yields faster results.

Another Hadoop competitor, MapR, was once valued over US$1 billion, but said last week it is preparing to shut down its operations within weeks.

Hyper-scale cloud providers have also put pressure on the Hadoop startups by offering their own hosted versions of the framework.

Google, especially, poses a unique challenge after last year's acquisition of Cloudera competitor Cask Data. That company's technology has gone to bolster Google's Cloud Dataproc, a managed Hadoop and Spark service which competes with both Cloudera and formerly Hortonworks platforms.

Cole, who will be Cloudera's interim CEO, has been chairman of the company's board since 2018, and a director since 2014. He previously was chief executive of Accenture's technology group,

"I am very proud of everything that we have accomplished at Cloudera over the past six years, as we have transformed into a leading enterprise data cloud provider," Reilly said in a prepared statement.

"While there is much work still to be done, I have determined that now is the right time for me to retire and transition leadership of the company as it enters the next chapter of growth. I have every confidence that Cloudera will continue to thrive in the years to come.”

Grow your software revenue by selling these 5 affordable, essential tools for the modern workplace
By Joseph Tsidulko
Jun 6 2019
11:42AM