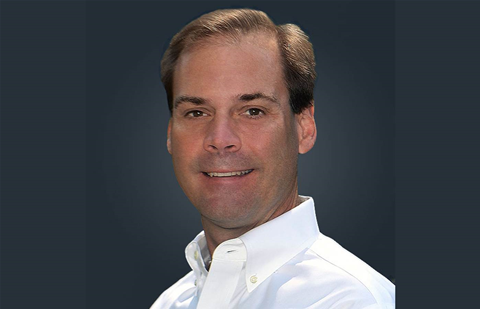 Rob Bearden, who recently led Docker through the sale of its enterprise business, will take the helm of Cloudera as its new CEO, the big data company revealed on Monday.

Before coming to Docker, Bearden was CEO of Hortonworks, a company that merged with Cloudera one year ago. A seasoned executive in the open source software world, he will be tasked with guiding a company that's transitioning beyond a focus on Hadoop—the technological backbone on which Cloudera scaled its business but has seen demand decline in the face of newer technologies.

The news comes five months after activist investor Carl Icahn disclosed that he had acquired more than 50.3 million Cloudera shares for an 18.36 percent stake in the company. Icahn also gained two Cloudera board seats.

Bearden replaces Martin Cole, the chairman of the board of directors who held the CEO position on an interim basis and said he will retire.

As the industry's leading enterprise Hadoop vendor, Cloudera was a hot IPO in April of 2017. It hit the public market with a $1.9 billion valuation and continued to surge into that summer on the New York Stock Exchange.

The company rode that success into a $5.2 billion merger with Hortonworks, its largest competitor that was co-founded and led by Bearden.

When then-CEO Tom Reilly announced his retirement in June, Cloudera stock plummeted. Cole, a former Accenture exec, filled the void in leadership pending the selection of a new CEO.

Cloudera has looked to recover by moving beyond Hadoop—positioning itself in recent months as a cloud data company enabling advanced analytics, edge processing, and machine learning workloads.

As part of that effort, the company revamped its platform with new components packaged together as the Cloudera Data Platform. Among the recent innovations was replacing Hadoop with an object store that can run in Kubernetes clusters.

A profitable third-quarter satiated Wall Street, and Cloudera stock has been steadily recovering since the abysmal summer that saw Reilly's departure.

Bearden, who maintained a position on Cloudera’s board after the Hortonworks merger, has an impressive track record in senior leadership positions of open source software companies. He was president and COO of SpringSource before that company was acquired by VMware in 2009; and COO of JBoss, which Red Hat purchased in 2006 to build out its middleware portfolio.

"I am excited to become Cloudera’s CEO and to help lead its next phase of growth as the enterprise data cloud company," Bearden said in a prepared statement.

"As a board member, I’ve been engaged with the leadership team on the company’s vision and strategy. I am fully committed to that strategy and confident our team will continue to execute on our growth initiatives."