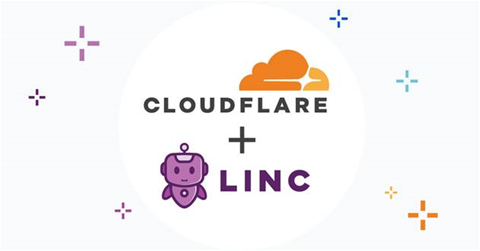 Cloudflare said it bought Linc to improve its recently launched Pages product, a JAMstack platform for frontend developers to collaborate and deploy websites.

“Their approach offers a straightforward path to building end-to-end applications on Pages, with both frontend logic and powerful backend logic in one bundle,” Cloudflare said in a statement. “With the addition of Linc, we will accelerate Pages to enable richer and more powerful full-stack applications.”

Linc CTO Glen Maddern said: “Linc and the Frontend Application Bundle (FAB) specification were designed with a single goal in mind: to give frontend developers the best possible tools to build, review, refine, and deploy their applications.

“An important piece of that is making server-side logic and rendering much more accessible, regardless of what type of app you're building.

“One of the biggest problems in frontend web development today is the dramatic difference in complexity when moving from generating static sites (e.g. building a directory full of HTML, JS, and CSS files) to hosting a full application (traditionally using NodeJS and a web server like Express).

“While serverless platforms have arisen to solve these problems for backend services and can be brought to bear on frontend apps, they're much less cost-effective than using static hosting, especially if the bulk of your frontend assets are static.

“As such, we've seen a rise of technologies under the umbrella term of 'JAMstack'; they aim at making static sites more powerful (like rebuilding based off CMS updates), or at making it possible to deploy small pieces of server-side APIs as "cloud functions", along with each update of your app.

"But it's still fundamentally a limited architecture — you always have a static layer between you and your users, so the more dynamic your needs, the more complex your build pipeline becomes, or the more you're forced to rely on client-side logic.

"We're so excited to join the Cloudflare effort and work on expanding Cloudflare Pages to cover the full spectrum of applications. Not only do they share our goal of bringing sophisticated technology to every development team, but with innovations like Durable Objects starting to offer new storage paradigms, the potential for a truly next-generation deployment, review and hosting platform is tantalisingly close."