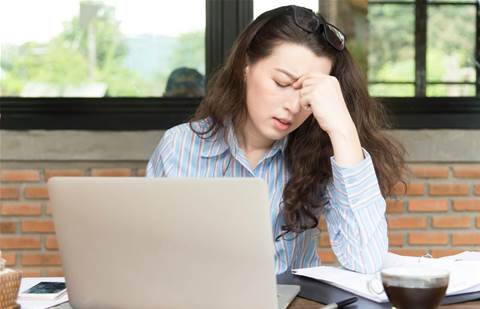 A Cloudflare outage apparently caused by an error in a router on the CDN provider’s global backbone network brought down a slew of web services Friday afternoon across many parts of the world.

Cloudflare rerouted operations from a dozen data centers in its global network to get affected customers back online as complaints flooded Twitter. The outage appears to have lasted less than half an hour.

Last week Cloudflare posted on its status page: “This afternoon we saw an outage across some parts of our network. It was not as a result of an attack. It appears a router on our global backbone announced bad routes and caused some portions of the network to not be available. We believe we have addressed the root cause and are monitoring systems for stability now.”

Many customers use Cloudflare as a proxy to protect workloads running on public cloud infrastructure and reduce their latency, and Friday’s outage appears to have impacted services hosted on all the major cloud providers.

Cloudflare first reported degraded performance of its APIs, along with a dozen data centers impacted across almost every part of the world—a small fraction of the more than 160 sites the company has a presence in.

Cloudflare alter said it had identified the issue and was implementing a fix.

“Cloudflare is investigating issues with Cloudflare Resolver and our edge network in certain locations,” the page said.

“Customers using Cloudflare services in certain regions are impacted as requests might fail and/or errors may be displayed.”

The outage comes just more than a year after a major failure across the entire Cloudflare network briefly took websites offline around the entire world.

On July 2, 2019, the company suffered an outage lasting less than 30 minutes caused by a “a massive spike in CPU that caused primary and secondary systems to fall over.”