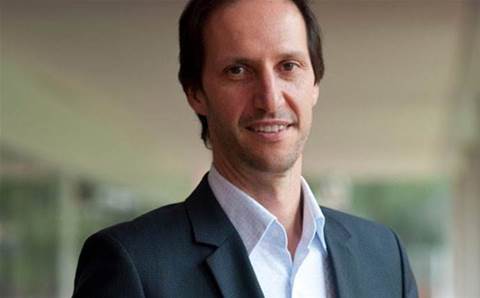 “Aligning with the right partners is my number one priority at the moment,” the vendor’s head of Australia and New Zealand Raymond Maisano told CRN. “And not just the traditional partners, but the partners who focus on security, who have the ability to recognize the breadth of our portfolio.”

Maisano is also keen on partners that can take Cloudflare throughout Australia, and who have pre-existing relationships with customers likely to appreciate Cloudflare’s pitch.

A new channel manager is being actively pursued to work with current and future partners.

Partners that come into Cloudflare’s orbit will enjoy not just its well-known DDOS protection, but a broadening portfolio of offerings.

Chief Technology Officer John Graham-Cumming told CRN the company is positioning itself as a cloud-based provider of security services, with its not-VPN “Cloudflare Access” product that secures connections between users and apps an example of its approach.

“I think VPNs are the ugly wart on the witch's nose, which everyone is aware of is horrible,” Graham-Cumming said. “The problem is that the VPN is a symptom of an old architecture. I know the architecture is gone. So the VPN doesn't really make any sense anymore. The company's kind of hanging on to it to protect their legacy stuff.”

Graham-Cumming thinks an opportunity therefore exists to provide security services on a new model and said Cloudflare will soon reveal one such product: cloud-hosted isolated browsers.

This product will derive from S2 Systems, a company Cloudflare acquired in January 2020. S2 Systems’ wares make it possible for users to consume a cloud-hosted browser. The thinking behind that arrangement is that most attacks involve a browser: the phishing links that make it past email protection and fool a user open a browser to download their payloads.

S2’s wares don’t disrupt the end-user experience (even on mobile devices), but do run browsers in a highly-secure cloud environment where any threats are more easily contained and – critically – malware won’t touch end-users systems.

The product will be launched later this year, will be bundled in the same Cloudflare Teams product that already includes Access. Graham-Cumming said Cloudflare’s eventual plan is for users to have a Cloudflare app that directs much of their traffic through its cloud-hosted security services. And as the company has over 200 points of presence, latency isn't an issue.

All of which sounds like it could make Maisano’s task of finding local partners rather easier!