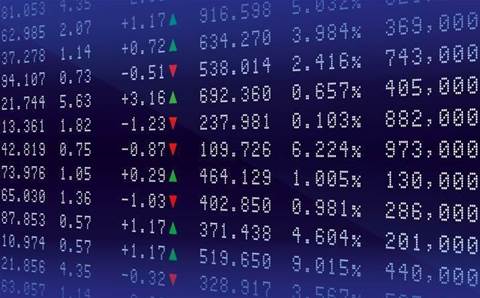 Cloudflare notched a massive US$4.4 billion valuation Friday after the company's stock soared by more than 20 percent in its first hours of trading.

The security and performance services vendor's stock was at $18.24 per share following its first couple hours of trading on the New York Stock Exchange. That's up $3.24 (21.6 percent) from its initial public offering price of $15 per share. And the company's IPO price was far above its initial trading estimates earlier this month of just $10-to-$12 per share.

"Friday the 13th has always been a good day for me," Cloudflare co-founder and CEO Matthew Price tweeted Friday morning. Cloudflare didn't immediately respond to a request for additional comment.

Thirty-five million Class A Cloudflare shares were provided as part of the IPO, with underwriters such as Goldman Sachs, Morgan Stanley and JPMorgan Chase receiving the option to purchase an additional 5.25 million shares. The offering is expected to close Tuesday, and Class A shares will have one vote each. Cloudflare has thus far raised $525 million from its initial public offering.

Company insiders, though, will maintain control over Cloudflare through the issuance of nearly 212 million Class B shares, which have 10 times the voting power of Class A shares.

CEO Prince and board directors Carl Ledbetter and Scott Sandell each hold a significant portion of Cloudflare's Class B stock, as do institutional investors NEA, Pelion Ventures, and Venrock, according to a filing with the US Securities and Exchange Commission (SEC).

Meanwhile, identity security vendor Ping Identity revealed earlier this week that it could raise as much as $230 million in an upcoming New York Stock Exchange public offering that will price the company's stock at between $14 and $16 per share. Ping Identity will offer 12.5 million shares of its common stock, and offer underwriters the option to purchase an additional 1.875 million shares.