Cloud's dirty laundry to be aired by Greenpeace 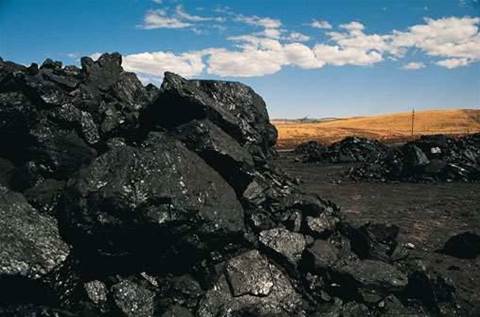 Greenpeace has kicked off a 'name-and-shame' campaign to pressure major cloud vendors to disclose carbon emissions for their data centres.

Greenpeace sought standardisation on a Carbon Usage Effectiveness (CUE) measurement. The only company that reports this is Akamai.

The lobby wants companies to report total emissions, state where major data centres are located and clarify how they are powered.

Australia is not mentioned in the report.

Greenpeace demoted Twitter to “the bottom of the industry pack for lacking transparency in disclosing the company’s energy footprint.”

Likewise, Greenpeace charged that Amazon was “falling behind the industry”, allegedly because it does not disclose its footprint at a company-wide or facility level.

While Microsoft has expanded data centres in less-coal dependent regions such as Quincy, Washington and Dublin, Ireland, its Virginia-based data centres were still heavily reliant on coal and nuclear power sources.

HP got low marks for selecting “some of the dirtiest parts of the US electricity grid to site its new, paired data centres” in Houston and Atlanta.

Apple was criticised for building its new iCloud data centres in Maiden, North Carolina and Prineville, Oregon, which Greenpeace alleged are served predominantly by coal power.

Apple issued a statement that its North Carolina facility would consume just 20 Megawatts at full capacity, less than the commonly speculated 100 Megawatts, adding that it was offsetting emissions with a 20 Megawatt solar array.

The solar array is expected to yield 3.2 Megawatts, according to a recent analysis by Amazon Web Services engineer, James Hamilton, but Apple estimates that fuel cell installations will push green power supply to the facility up to 60 percent of regular power consumption.

“Our data centre in North Carolina will draw about 20 megawatts at full capacity, and we are on track to supply more than 60 percent of that power on-site from renewable sources including a solar farm and fuel cell installation which will each be the largest of their kind in the country,” Apple said in a statement published by Data Center Knowledge.