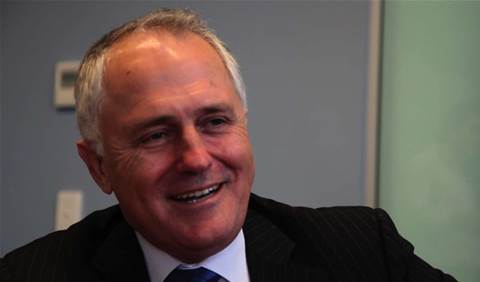 Opposition Communications Minister Malcolm Turnbull has indicated the Coalition could roll out more fibre to the premises in its proposed national broadband network if the price is right.

Fibre to the premise (FTTP) makes up 22 percent of the Coalition’s alternative NBN policy, compared to Labor’s 93 percent.

The Coalition currently plans to service 71 percent of premises with fibre to the node (FTTN), leaving Telstra’s copper line from the node to the house intact.

Turnbull said FTTP is a superior technology over FTTN, but the choice came down to cost.

“If the cost of FTTP is considerably lower than what we’ve assumed, maybe we could cost effectively do a larger percent of the build as fibre to the premises.

"You’ve got to remember it's the Labor Party for whom this fibre issue is a religion — it’s not for us,” he said in a break in today's Joint Committee hearings on the NBN rollout.

Turnbull declined to provide details on how much a future Coalition government expected to pay for access to and remediation of Telstra’s copper network but said the policy had taken copper costs into account.

“Our assumption it would cost you around $20 more per premise, per annum to maintain copper than fibre.

"I think that assumption is too conservative based on what we’re seeing, but the only way to find out is to do the proper study and analysis which the Labor Party is not allowing [NBN Co] to do.”

He said the assumption that maintaining fibre was less expensive than copper because of the latter's vulnerability to issues such as water penetration was proving to be incorrect in similar overseas projects.

“Talking to two heads of big broadband rollouts doing both fibre and copper, each of those people told me their experience was although they’d made that assumption, there wasn’t any material difference at all,” he said.

“In the line that goes from the copper to the premise, most of the maintenance problems are because of shovel strike, or cars knocking down cabinets, or people cutting cables. And a shovel will go through a fibre optic cable as much as it would go through a copper cable.

“We’re assuming it will cost a bit more to maintain and we’ve made some conservative assumptions about that, but it’s interesting you’ll find a lot of people with practical experience who are not finding it to be an issue.”

1Gbps ‘too much’ for residential areas

NBN Co today said it plans to launch a 1 Gbps consumer internet service by December this year, bringing it forward by up to a year.

But Turnbull said he could not foresee a need for residential customers to require such speed.

“The real issues for residential customers is what on earth are you going to use it for. It might look good as a marketing issue, but given you need 6 Mbps to stream one high definition video, are you going to simultaneously stream I think about 150 at the same time?

“1 Gbps is a service that would be attractive to some businesses but for residential customers I just don’t see what the applications are to require it.”