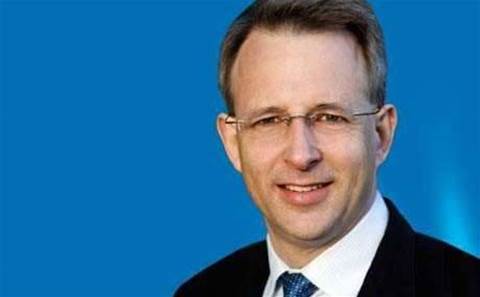 The would-be Coalition Government has abandoned its internet filtering policy just two hours after it was announced.

At around 4pm, Liberal Member for Bradfield and Chair of the Coalition's Working Groups on Online Safety, Paul Fletcher, announced the implementation of an opt-out fitering scheme, some 36 hours out from polls opening for the 2013 Federal Election.

The policy, archived here, said mobile phone operators would be compelled to install "adult content filters on phones which will be switched on as the default unless the customer proves he or she is at least 18 years of age."

Fixed-line ISPs would be required to provide "home network filters for all new home broadband services, which will be switched on as the default unless the customer specifies otherwise."

Shadow Communications Minister Malcolm Turnbull defended the policy on national radio, telling Triple J's Hack program that the filter was "basically the same as installing a filter on your own computer, but by making it available as a default, because a lot of people struggle to be able to technically do that."

"It’s essentially installing that software either in the smartphone or modem as a default, which you can switch off," he said.

The $10 million cost of the policy was also included in the LNP's election promise costings [pdf], released today.

The LNP's political opponents went into attack mode, with Greens MP Scott Ludlam categorising the policy as a “misconceived brain-snap”.

ISPs contacted by iTnews asked if it was a joke.

A spokesman for Vodafone said the mobile company's 'Vodafone Guardian' already worked to protect users from inappropriate content, and sought more time to make sense of the policy.

iiNet's Steve Dalby described the Coalition's idea as a "ridiculous thought bubble", said he didn’t want to waste too much time going into the details of a policy he predicted would be “wrecked on the reefs of common sense."

“Stephen Conroy will be laughing his block off,” he said.

Hours later, Turnbull used social media to announce that the policy document had been “poorly worded” and released in error.

The policy “incorrectly indicated the Coalition supported an ‘opt-out’ system of internet filtering for both mobile and fixed line services," he said.

"The Coalition has never supported mandatory internet filtering. Indeed, we have a long record of opposing it. The correct position is that the Coalition will encourage mobile phone and internet service providers to make available software which parents can choose to install on their own devices to protect their children from inappropriate material."

Opposition leader Tony Abbott said the Coalition would "never support a mandatory internet filter" and admitted he had not read the policy in depth upon receiving it last night before its release.

The original policy is being "replaced with the correct version", Turnbull said. The Coalition has removed the document from its list of policies.

Questioned on why he spoke in support of the policy on national radio, Turnbull said he had "read the policy shortly before going on [Triple J] ... [and] did my best to make sense of it, until I could ensure it was authoritatively corrected."

He attempted to distance himself from the document and its authors.

"To be clear, I have produced two policies in this campaign," he said. "The broadband policy published in April and the ICT policy issuedon Monday."