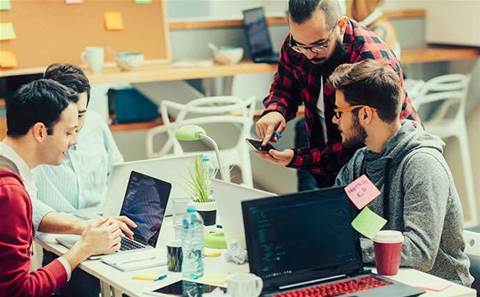 GitHub, the company behind the popular socially networked code repository that goes by the same name, is casting a net for enterprise partners after it recently launched a channel program.

GitHub began as a place for developers to collaborate on open source projects, but is now used by many large enterprises with advanced software development practices. With some 15 million users and 38 million repositories now hosted on GitHub, the startup is looking to partners to fuel its expansion.

For example, GitHub partners migrate large amounts of code from other repositories and audit the code using security tools, according to Rao, who worked at Hewlett-Packard, EMC and VMware before joining GitHub.

GitHub's push into the channel began in earnest in 2012 when it launched an enterprise-focused version of GitHub that runs behind an organisation's firewall and lets admins manage and control access to code, said Michael King, the startup's director of enterprise product marketing.

GitHub doesn't do a lot of outbound marketing, relying on developers to bring it into opportunities. The channel program is designed to reward partners for those efforts.

"We found there were places developers wanted us to go, and things they wanted us to do that we couldn't do [at the time]," said King.

Nick Colyer, practice manager for cloud management and automation at Ahead, a Chicago-based GitHub partner, is seeing an increasing number of customers using the code repository.

"We teach customers to operate infrastructure as code, and so GitHub was a natural fit for us. A lot of our customers didn't have that," said Colyer.

Colyer said GitHub provides his company with leads and has so far been a valuable partner.

"It's more of a technical relationship than a product relationship, and they are definitely fulfilling what we need from them," he said.

King said GitHub's goal is to be a subscription-oriented company, which means the startup isn't focusing on doing the services itself, preferring instead to leave that work to the channel.

Partners that sign up with GitHub also get traditional channel benefits such as discounted pricing on licenses, deal registration and market development funds, according to King.

GitHub has raised US$350 million in two funding rounds from Andreessen Horowitz and Sequoia Capital since its founding in 2008.