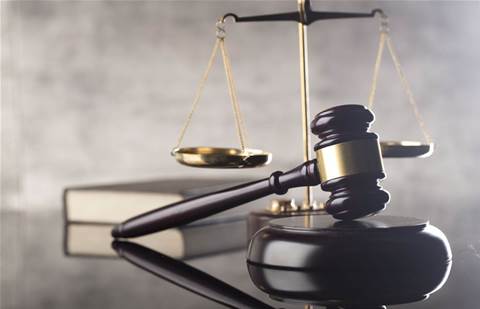 Cognizant agreed to pay a US$25 million fine to settle charges of bribery, while two former top executives who allegedly arranged the deal were indicted today on federal criminal charges of conspiracy to violate anti-bribery laws.

“Bribery to further corporate goals is an illusory path to long-term success. While always the wrong choice, it is particularly egregious when senior executives chart that course for those they lead, as our complaint alleges here. We are committed to holding them accountable for their actions,” said Charles E. Cain, chief of the SEC Enforcement Division’s Foreign Corrupt Practices Act (FCPA) Unit, in a statement.

According to the SEC complaint, in 2014 a senior Indian government officials demanded a US$2 million bribe from the construction company building Cognizant’s corporate campus in Chennai, India. At the time, two-thirds of the company’s employees worked in India.

“As alleged in the complaint, Cognizant’s president Gordon Coburn and chief legal officer Steven E. Schwartz authorized the contractor to pay the bribe, and directed their subordinates to conceal the bribe by doctoring the contractor’s change orders,” the SEC said in a statement. “Cognizant authorized the construction firm to make two additional bribes totaling more than US$1.6 million. Cognizant allegedly used sham change order requests to conceal the payments it made to reimburse the firm.”

In 2016, the company launched an internal investigation into whether payments relating to facilities in India were made improperly and in possible violation of the FCPA or other laws, according to a filing with the US Securities and Exchange Commission.

The company voluntarily notified the US Department of Justice (DOJ) and SEC about the investigation, and the company said it is fully cooperating with both agencies.

Cognizant announced in September 2016 that Coburn had stepped down as the company's president after more than four years in the role. Coburn joined Cognizant in 1996 as the company's senior director of group finance and operations and worked his way up the ranks, spending many years as the company's chief financial officer.

"We are pleased to reach these resolutions with the US Department of Justice and the US Securities and Exchange Commission. With today's announcements, we've taken a major step forward in putting this behind us," said Francisco D'Souza, vice chairman and CEO of Cognizant, in a statement. "Further, we are gratified that both the DOJ and SEC recognized that we voluntarily and promptly notified US authorities of the potential issues in India more than two years ago, and cooperated extensively with their investigations.”

The SEC has charged Coburn and Schwartz with violating anti-bribery, books and records, and internal accounting controls provisions of the federal securities laws. The SEC is seeking permanent injunctions, monetary penalties, and officer-and-director bars against Coburn and Schwartz.

Meanwhile, federal prosecutors have announced the indictment of Coburn and Schwartz on criminal charges.

Coburn and Schwartz were named in a 12-count indictment with one count of conspiracy to violate the FCPA, three counts of violating the FCPA, seven counts of falsifying books and records, and one count of circumventing and failing to implement internal accounting controls.

Eliminating departmental friction within MSPs
By O’Ryan Johnson
Feb 18 2019
6:04AM