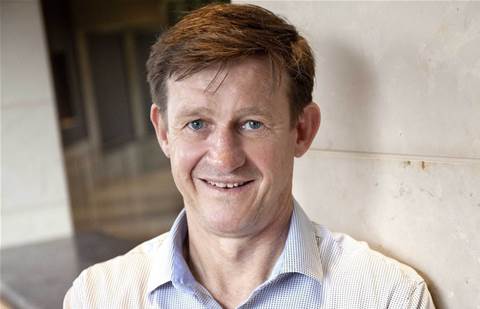 Coad departed Cohesity after eight months in the role.

Nutanix recently underwent a new segmentation of its ANZ business with the aim of capitalising on the growing hyperconverged infrastructure market in the region. Coad’s role will involve leading a team that’s targeting larger enterprise customers.

Coad will report to ANZ managing director Lee Thompson, who was also appointed earlier this year.

Coad said he was impressed by Nutanix's leadership and vision both at a global level and locally with Thompson.

“If enterprises here were concerned about digital disruption before, the pandemic has increased that tenfold. Crises tend to bring out new innovators and a willingness to challenge the status quo, a major concern for established enterprises in Australia," Coad said.

“I believe Nutanix is in an ideal position to provide the right platform to enable a new rationale and ‘disrupt from within’ mindset, while solving the hybrid cloud equation, for those companies.”

Prior to joining Cohesity earlier this year, Coad also worked in a number of leadership roles at Big Switch Networks, Aruba (and later HPE), VMware, IBM, EMC and Cisco.

Speaking on Coad’s hiring, Thompson said: “Steve brings a wealth of enterprise experience to this role and comes to us at a pivotal time for the company.

"We will create new value in terms of flexibility, cost and data control for customers and partners and drive the business to its next level in Australia.”