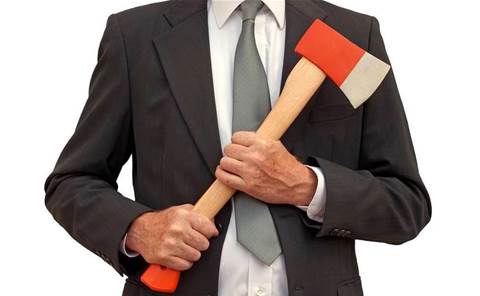 Storage and data management technology developer Cohesity blamed “economic uncertainty and volatility” after it made an unspecified number of cuts to its workforce a month after closing a Series E funding round worth US$250 million.

The personnel cuts at Cohesity was first reported by the Silicon Valley Business Journal.

A Cohesity spokesperson confirmed the furloughs and other cuts via an email to CRN USA, saying that the move was taken as part of a number of steps to reduce operating expenses. The staff reductions are "well under" 100 employees, the spokesperson said.

"To manage through this time of economic uncertainty and volatility, Cohesity has taken steps to reduce our operating expenses,” the spokesman said. “Unfortunately, as part of that effort, a small percentage of employees have been furloughed or are no longer with the company. This is not a decision the company takes lightly. We value contributions from each and every employee and regret that the pandemic has created this challenging period. Cohesity will continue to deliver best-in-class innovation and support to our customers and partners during and after the crisis. The company remains focused on spending investment dollars wisely to ensure fiscal responsibility and long-term success.”

Cohesity did not respond to a question about the number of employees it has. However, according to Cohesity's LinkedIn profile, the company has over 900 employees in the U.S., and over 1,200 total worldwide.

Cohesity, on its website and its LinkedIn profile, lists 10 open positions. Nine of them were open for one month or less, while a devops engineer for cloud SaaS has been open for five months, according to LinkedIn.

The furloughs come in the wake of Cohesity's closing of a huge $250 million round of funding. That round, which included support from Hewlett-Packard Enterprise and Cisco, doubled Cohesity's valuation to $2.5 billion. Prior to that, Cohesity's last financing round was its Series D round of $250 million.