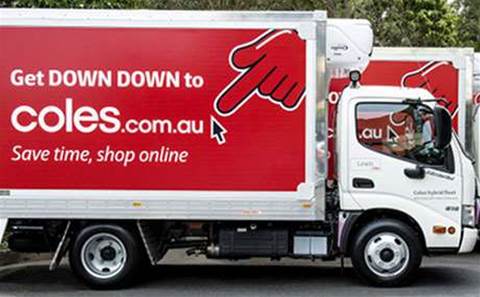 Update: CRN has reviewed the $89 Windows tablet from Coles.

Coles has been reselling a Windows tablet for just $89, in a sign of Microsoft's fight-back against Google in the budget device space.

The grocery giant was advertising the Pendo Pad 7 Inch Touch Screen yesterday in its catalogue, which was valid until 25 November. It is unclear if the offer is still on.

The Coles advertisement listed the Pendo Pad 7 with Windows 8.1, an Intel Atom Quadcore CPU, one year of access to Office 365 Personal and 16GB memory.

While Coles did not list any other specifications in its catalogue, on the Pendo web site the vendor lists a 7 inch Windows tablet with an Intel Baytrail Z3735G CPU, with 1GB RAM, 2,600 mAh battery, Bluetooth, 0.3MP front camera, no rear camera, Mini HDMi, Micro USB, Micro SD Card and weighing 262 grams.

In a blog post, Microsoft Australia's market development manager for education, Ray Fleming, wrote that the cut-price Pendo tab was "just one of a few surprises that I have seen this year, as more and more low-cost laptops, tablets and convertibles (tablets with detachable keyboards) have been appearing.

"But I never expected a tablet under $100 with Office 365 included (which means it also comes with 1TB OneDrive online storage and 60 monthly Skype minutes)."

While various retailers already sell cheap Android tablets – Coles is also advertising a 1GHz Pendo Pad 7 for $49 – it is more unusual to see a tablet running Windows 8.1 in sub-$100 territory.

It is not the only retail chain pursuing cut-price tablet buyers. Target in Australia announced in September it would sell the 8 inch Pendo Pad 8 running Windows 8.1 for $199. At the time of writing the price on the Target site had fallen to $179.

In a bid to stop Google's Android encroaching on its turf, Microsoft has been encouraging OEM partners to supply cheaper devices by removing the licence fee for devices with screens less than nine inches. A reported 50 new companies have signed up since the move was announced.

Intel also signalled its interest in spurring on cheap devices earlier this year, forging new links with Chinese manufacturers in an attempt to make it more economical for partners to bring their own brands to market.

Overseas, Toshiba has announced a Windows 8.1 tablet called the Encore Mini priced at US$119.