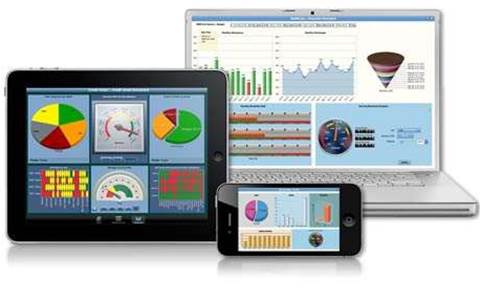 Melbourne managed service provider Combo is mounting a push on the midmarket and above with a move into data visualisation.

Combo, which is based in Fitzroy North, signed up the agency for iDashboards three months ago and has since signed up its first sale.

According to Gartner, the rise in businesses turning to visualisation-based data discovery tools will drive an estimated 30 percent compound annual growth rate through 2015.

"It moves us into the midmarket and enterprise space, which we have never played in before. We have been in the SMB space since 2002. Now we are going to speak to people in the midmarket, which will expose us to a whole bunch of new opportunities," he told CRN.

"The advantage that we have with this tool is it is a fraction of the price of those because it doesn't do in-memory analytics but can pull data from multiple databases," said Markus.

The iDashboard platform can grab raw data in a variety of formats, including ODBC, JDBC, MySQL and OLAP cubes.

Combo locked up its first iDashboard sale to existing customer Lempriere Wool. The company buys and sells wool around the world, and Markus explained how iDashboard could help the company identify when and where to move stock based on factors such as currency fluctuations and supply lines.