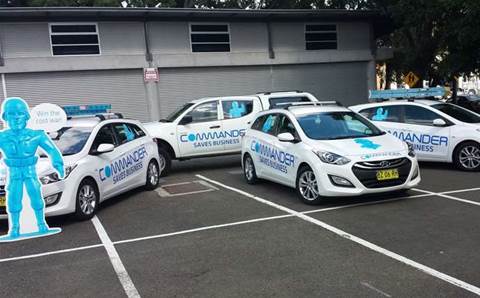 A state-wide NSW phone support contract covering nearly 100 Parliament of NSW Electorate Offices has been re-signed by an independently-owned Commander Centre in Sydney.

The contract began last month and will see Commander Centre Sydney East support phone systems the electorate offices across the state for two years. Commander was chosen following a competitive tender process in 2012 where it and Samsung were picked to supply the offices with Samsung’s OfficeServ IP Telephony System.

The deal is feather in the cap for Commander Centre Sydney East managing director Peter Durning and his business partners, whose are now responsible for the supply of Commander services across roughly half the state following two buyouts in 2014.

Durning and his partners took over Commander Centre NSW South and Commander Centre ACT in mid-2014 through deals involving their company KPSG Investments. He said the three businesses now supply phone and data services to approximately half of NSW. “Everything south of the Sydney CBD we’re responsible for”, he told CRN.

The consolidation in ownership of Commander territories has also seen the closure of the Commander Centre Illawarra and Sydney South West businesses, with those locations now served by Durning and his partners’ businesses, he told CRN.

Durning said there were “thousands” of Commander customers within the territory that have an agreement with Commander. In addition, he estimated there might be “tens of thousands” of customers that have old Commander phone systems that require support.

Commander hadn’t had an office in the ACT for over two years before last year’s takeover, Durning said. When his company took ownership, it reopened a Commander Centre in Fyshwick and now employs technicians in Canberra.

The decades-old Commander brand has undergone several changes since M2 Group bought the telco operation in 2009. The reseller is using its heavily-discounted telco and electricity bundle, introduced in 2014, as a key selling point. Last year’s M2 annual report also mentions the launch of the “new face of Commander” and the “reinvigoration” of the Commander channel. M2 wants Commander positioned as “Small Business NBN Experts”.

The company uses technicians directly employed by independent Commander Centre businesses, not M2 Commander, which he said had advantages with customers like the Parliament of NSW. “[Customers] get used to that service from the same technician. The relationship is a hell of a lot more valuable as a result,” he said.