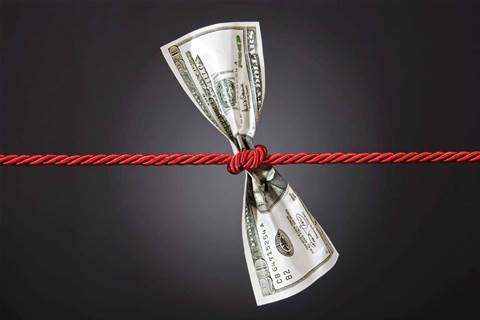 The Commonwealth Bank is being sued in the US for allegedly wrongfully withholding millions of dollars in funds that NSW Police claims were used in an IT bribery scandal last year.

The lawsuit was filed by Ace Foundation, a not-for-profit born in mid-2014 thanks a multi-million dollar injection by ServiceMesh founder and former CSC executive Eric Pulier, the man at the centre of the Commonwealth Bank IT bribery scandal.

The scandal has seen two former CBA IT executives charged by NSW Police with receiving over $2 million in allegedly corrupt payments for favours to Pulier's ServiceMesh.

ServiceMesh was awarded a lucrative contract with the Commonwealth Bank to build the foundation of the bank's core banking modernisation just before it was bought out by CSC in 2013.

NSW Police claims Ace Foundation was set up in order to facilitate the payments to the former CBA executives.

Ace Foundation today said it was seeking the return of  $2.53 million being held by CBA, which it said it needed to continue its "charitable projects".

"The suit by Ace Foundation, an IRS-certified, tax-exempt non-profit organisation, contends that its funds are being held wrongfully in Australia," it said in a statement today.

"The court action requests a jury trial in the US to force the return of the funds, plus damages, so that the money can be used to continue the foundation's mission and complete initiatives in progress since the organisation was founded in May 2014."

Ace Foundation refuted allegations that its engagement with the two former CBA IT executives - Keith Hunter and Jon Waldron - was "part of a secret plot in years past to win corrupt contracts for a bank vendor".

It argued that while the organisation received its initial funding from Pulier, it had been under the direction of chief executive Andrew Goldstein and an independent board of directors since the former founded the organisation in May 2014.

Ace said Pulier had no involvement in running the foundation.

"Ace's lawsuit points to evidence-- in documents, activities, interviews, official filings and timelines-- that make it clear that Pulier's donation into Ace was intended solely to further its charitable mission," it argued.

"Further, the lawsuit refutes the intimation that Ace's mission, goals or projects are in any way related to CBA, Pulier, or entities associated."

It revealed it had engaged Waldron and Hunter not long after it was founded to help build "reusable technology and systems and assist Ace in developing projects and initiatives".

"From May through December 2014, Ace advanced funds to Waldron and Hunter to cover project costs they would incur for Ace," it said.

"Ace advanced the funds based on professional tax advice it received. Ace was advised that donations it received in 2014 were potentially taxable because Ace would not have its tax exempt status by the end of the year, so it would be prudent for Ace to expend funds in 2014 for known projects to minimise charitable dollars being lost to taxes.

"Far from being secret payments, Ace advanced funds to Waldron and Hunter to their respective bank accounts at CBA."

The foundation claimed it learned in December 2014 that CBA had not approved of Hunter and Waldron's involvement with Ace, and therefore informed the pair they could no longer remain as consultants.

It said it asked them to return the advanced funds - a request the pair agreed to - but said CBA prevented the $2 million from being returned.

"CBA threatened to sue Waldron and Hunter if they returned Ace's money," the organisation claimed in its lawsuit.

"When Hunter informed CBA that he was returning Ace's money to Ace, CBA made false allegations to the Australian police that the payments were illegal secret payments, even though the payments were made into accounts at CBA."

At this point, Ace alleged, NSW Police froze the accounts of the two men.

The foundation said it had been deprived of "critical funds" needed to keep its projects running as a result of CBA's "interference".

"ACE brings this action to recover its money that it lost due to CBA's intentional and wrongful interference with ACE's contractual relationship with its consultants."

It is seeking damages and costs, as well as interest from the over $2 million being held.

Hunter and Waldron are due to appear in a local NSW court tomorrow. CBA declined to comment while the legal cases were underway.

Pulier is being sued by his former employer CSC for at least US$98 million (A$122 million) over alleged "fraud, breach of contract, and breach of the duty of loyalty".

He resigned from CSC just days before he was due to be let go for violating CSC's code of business conduct over "conflicts of interest and appearance of improprieties".

Grow your software revenue by selling these 5 affordable, essential tools for the modern workplace
By Allie Coyne
May 28 2015
11:36AM