Commodore is back… as an Android smartphone 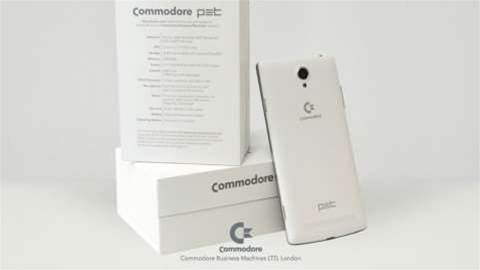 Commodore has returned, but rather than video games, the famous manufacturer has released a 5.5in Android smartphone.

Named after the legendary Commodore PET, the company's latest smartphone evokes feelings of nostalgia thanks to its light "biscuit-beige” exterior.

Inside, the Commodore PET packs in everything you'd want from a modern Android smartphone. Featuring a 1.7GHz octa-core processor and a 3,000mAh battery, the PET also includes a 13-megapixel camera – complete with a shutter button for quick snaps.

As you'd expect, Commodore have also added a raft of emulation software to Android Lollipop, so you'll be able to play some gaming classics.

Available in France, Italy, Poland and Germany in a few weeks' time, the handset will cost around US$300 for a 16GB model – but that includes a 32GB microSD card. For those that want more storage, Commodore also produce a 32GB version that should cost around US$360.