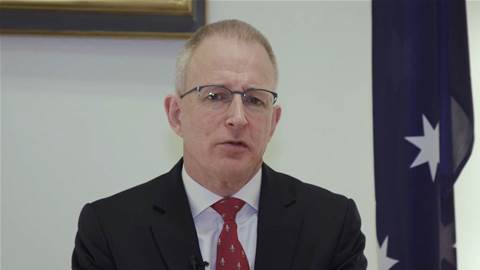 Federal communications minister Paul Fletcher has taken the political angle in his response to criticism of nbn co’s planned upgrades to its fixed wireless network in regional areas.

Last week, the Communications, Electrical and Plumbing Union (CEPU) alleged that the $750 million network upgrade will be another election promise that will go unmet and questioned the timing of the announcement being close to the upcoming election.

In a blog post on his website, Fletcher said the CEPU - or as he called them, “Labor’s union masters”, had "belled the cat" by denouncing the upgrade as “a joke.” He also took aim at the party itself by calling it “uncharacteristically silent” on the planned upgrades.

“Bizarrely, they have actually sharply criticised the Morrison Government for making a major funding commitment to benefit regional and remote broadband users, dismissing it as ‘throwing cash at the NBN’,” Fletcher said.

“Labor needs to come clean on what, if anything, it plans to do to provide better, faster internet services across the fixed wireless network.”

Fletcher added that the NBN was a critical part of Australia’s national regional infrastructure, claiming the upgrades will directly benefit around 50,000 regional businesses.

CEPU national president Shane Murphy last week said the NBN was “set up to fail” when the Government pivoted from the original fibre-to-the-home rollout to the current multi-technology mix.

“Throwing cash at the NBN network won’t fix the system. There is a huge leak in the bucket – and that’s coming executive bonuses and from the middle-man companies in the pyramid contracting system who are ripping off workers and profiting off our taxpayer dollars,” Murphy said at the time.

“Workers and NBN users don’t need cash splash announcements – they need their NBN to be working. And the NBN won’t work if the Government continues to turn a blind eye to the outrageous employment issues plaguing the network.

The group said Earth Stations in Motion (ESIM) technology, which is used by airlines, the maritime sector, public transportation and more, would create “a $130 billion economic ecosystem”, and said the Government and regulators should incorporate measures within the domestic regulatory framework to promote the deployment of ESIM in the 13 GHz band for aeronautical and maritime broadband services.