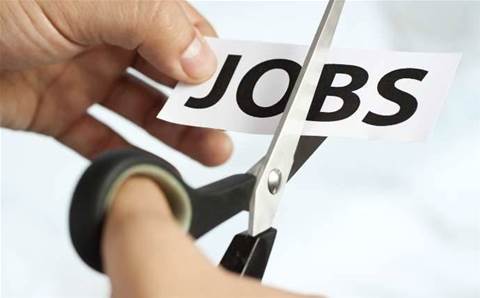 Members of the Communication Workers Union (CWU) have said they oppose job changes Telstra have announced for its design business.

A total of 55 job cuts could be the result of Telstra's latest restructure to its design and service delivery areas, announced in March.

If the cuts go ahead, it will result in the loss of more than a third of the telco's current design workforce, the CWU said.

A Telstra spokesperson told CRN: "A proposal was announced to employees in the Enterprise Services Team that may result in the loss of 55 roles, predominantly in the design function.

"The proposal was subject to an open and thorough period of consultation with employees and their representatives which lasted three weeks. After consultation ended on 11 April we announced the proposal would proceed. Since then, we have not received any formal correspondence from the union about this proposal," the spokesperson said.

Telstra first notified the CWU on 21 March of a decision that would see further centralisation of design and related workflow functions, accompanied by further outsourcing of "high volume, low complexity" work to "strategic partners" such as Cyient.

In October 2016, a decision to rationalise design functions and locations resulted in the loss of 53 jobs and the closure of three design sites.

The impact of those cuts was largely mitigated by a mixture of voluntary redundancies and successful redeployment, according to the union.

The CWU has raised a few concerns to Telstra and have discussed these on several occasions. This resulted in an agreement on the grading of some roles but there was no agreement on the Designer and Appraiser roles.

The CWU said is continuing to meet with members "with a view to making further representations to Telstra or, if necessary, taking the matter to the Fair Work Commission".