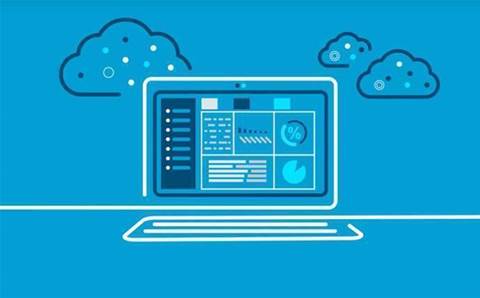 Enterprise data management provider Commvault has promoted Carmen Sorice III to vice president of worldwide route services, a newly created role that will focus on focus on partner enablement and programs, as well as operations, as the company pushes toward becoming the partner of choice for data management.

Sorice has served as Commvault's vice president of partner success since he joined the company in September. Prior to that, he founded Qlarity, a firm that focused on channels, sales and IT consulting services.

"My background is in helping companies create and scale routes to market strategies and programs, which is exactly what I plan to do," he told CRN USA.

Commvault has listened to its partners and has restructured its channel efforts based on their feedback, Sorice said.

"We’ve improved all aspects of partner engagement in an effort to make it easier to understand Commvault’s product offerings and take full advantage of opportunities. We want to be the partner of choice for backup and recovery and data management," he said.

In his new role, Sorice's first priority is to build out his new team with a 100 percent focus on generating success for Commvault's partners. Commvault’s partnership organisation consists of three components: route services, sales execution, strategy and relationship.

Sorice will lead the route services organisation and he will work closely with Wenceslao Lada, formerly head of alliances, who is now in an extended role that encompasses a team driving all relationship management and strategy, Sorice said.

Meanwhile, Scott Strubel, the company's vice president of worldwide channels, is leaving after less than a year with the company. Strubel has been responsible for Commvault’s ecosystem of resellers and distributors, but the company said it is shifting direct management of those partner relationships to a more local level to better meet the needs of partners in their geographies. Owen Taraniuk, head of worldwide partnerships and market development, will oversee this effort.

Strubel joined Commvault in April 2018 after having previously served seven years at NetApp and 13 years at Hewlett-Packard in various channel roles. The executive told CRN that he is leaving the company on friendly terms as of 31 December and is taking time off before he decides on his next move.

A spokesperson for Commvault said that the company has been working on a "major redeployment" of resources across sales, partner and field marketing.

"Part of this transformation is continued investment in bringing on the industry’s top talent to help grow and drive revenue for our partners, most recently evidenced by this week’s announcement of the hiring of [Sorice] as vice president of worldwide route services, responsible for the overall success of our partners," the spokesperson continued.