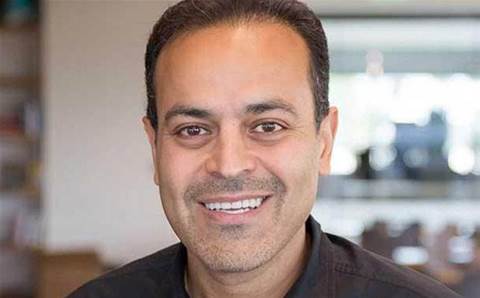 Top channel and sales executives has left Commvault, clearing the way for an executive reorganization that new CEO Sanjay Mirchandani says will bring him closer to the channel.

Ron Miiller, senior vice president of worldwide sales, and Owen Taraniuk, global head of partnerships and market development, have both left the company.

Miiller has been with Commvault for over 19 years. Taraniuk joined Commvault in 2015 to head the company's Singapore operations, and in late 2017 became the top channel executive.

The departure of Miiller and Taraniuk comes just a couple months after Mirchandani joined Commvault as its new CEO after its former CEO of over 20 years, Bob Hammer, stepped down in February 2019.

Mirchandani joined Commvault from software maker Puppet, where he served as CEO for nearly three years. Prior to that, he spent over two years heading VMware's operations in the Asia Pacific and Japan areas. He also spent over seven years at EMC, over half of which serving as that company's chief information officer. Mirchandani told CRN that the past 60 days since his arrival at Commvault have seen him in a listen and planning mode.

"It's clear the opportunity in front of us is big," he said. "We're in day three of our new fiscal year, and want to be in line with partner and customer needs."

The last 18 months have seen Commvault pivot to be a partner-centric company, and had done so in part by restructuring is channel resources into a centralized function, Mirchandani said.

"But I want to bring the resources closer to the theaters and geographies, and so now our theater leaders report to the geographies," he said. "Companies do this kind of thing every day."

The departures of both Miiller and Taraniuk were done by mutual decisions, and the two are departing as friends, Mirchandani said.

"If anything, this is me doubling down and moving closer to things in the channel," he said. We are focused on getting deeper with channel partners."

Miiller's resignation was originally unveiled on March 31 in an SEC filing. Commvault’s stock price originally fell from US$65.81 per share on Monday to a low of $60.71 per share on Tuesday, but recovered to close at $63.19 per share on Wednesday.