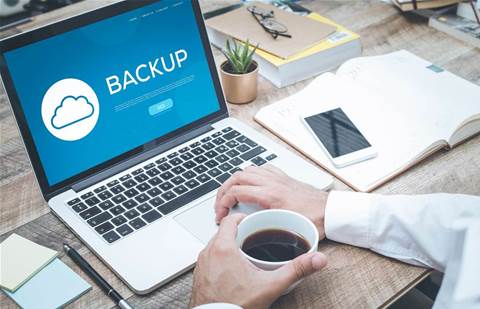 Data protection software developer Commvault moved to expand its reach into the MSP channel with an expansion of its channel program and new tiers aimed squarely at its MSP partners.

The focus on MSPs extends Commvault’s existing Partner Advantage program to a part of the channel it hadn’t been specifically focused on, said vice president of global channels and alliances John Tavares.

“Our partner base is telling us the business mix will shift to about 60 percent from managed services,” Tavares told CRN. “We have a big and growing partner base in this market.”

The shift comes as MSPs are looking to tackle an ever-growing market for data protection-related services, Tavares said.

He said that the total addressable market for data-protection-as-a-service will reach about US$15.3 billion this year, that backup-as-a-Service is slated to grow by about 19.8 percent this year and that disaster-recovery-as-a-service should grow by 22.8 percent.

“So this is a big and fast-growing business and a shift in our customer base,” he said.

Commvault is responding with a simplification of its channel program aimed at helping MSPs get a larger part of that market, Tavares said.

Commvault Metallic for MSPs will be a SaaS-based MSP platform aimed at helping MSPs manage workloads whether on-premises or in public clouds, Tavares said. “We’re giving our partners tremendous flexibility in the hybrid cloud market,” he said.

Commvault introduced several other changes in its Partner Advantage program for MSPs.

Aggregators centralise all necessary information about a service, execute the licensing and contract agreements, and sell access to licensing for these Commvault-powered services to their MSPs.

“This simplification is aimed at efficient pricing so we stay out of MSPs’ way when they go to market in either tier,” he said.

Commvault also built out a very broad technical enablement for its MSPs to provide expertise to help MSPs design offerings around the company’s products, Tavares said.

The company also has a new MSP portal, its first market development fund program for MSPs, and a new technical advisory board that includes MSPs, he said. Also new are automated billing, metering and other tools MSPs need, he said.

Commvault, in February, hired a new chief marketing officer, Isabelle Guis from Salesforce, Tavares said. Guis has already put her DNA into the Commvault channel program for MSPs with a series of new customised campaigns for partners, he said.

While Tavares was unable to say what percentage of Commvault’s revenue comes specifically from MSPs, he did say it is a “significant” number.

“This is one of the fastest-growing parts of our business,” he said.