Company with no staff raises $179 million via crowdfunding 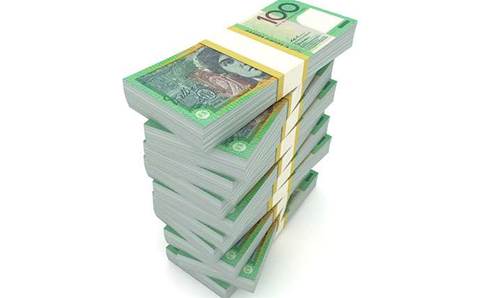 A virtual company created using a computer code could raise US$200 million (AU$274 million) when it ends its fund-raising campaign next week, according to the founder of the firm that wrote the code for the new digital enterprise.

The company is called DAO, which stands for Decentralized Autonomous Organization. It is run on the Ethereum network, a public blockchain which uses the ether currency to execute peer-to-peer contracts automatically without the need for intermediaries.

DAO has no chief executive, no employees, and no set corporate mission. Yet it has raised 10.86 million in the ether currency, equivalent to about US$131 million (AU$179 million) late on Tuesday US time, since it started its campaign two weeks ago, according to the DAO hub website.

That is the largest by far raised via crowdfunding, a method of generating funds from a large number of people. It could well be the largest investment raised for a start-up in the virtual-currency space.

"The amount of funds raised for DAO could potentially hit US$200 million, but I am not aiming for anything," said Stephan Tual, founder of Slock.it, the company which wrote the code for DAO.

Slock.it is a Berlin-based company that, among others, seeks to use the blockchain to enable consumers to function without middlemen.

DAO ends its fund-raising initiative on 28 May.

"DAO appeals to people who are tired of centralised projects where they have no say," said Tual in an interview on Tuesday US time.

Investors can only invest in DAO using ether because the company runs on the Ethereum platform. Every investor is given a DAO token depending on the amount of ether invested.

DAO's cash right now is embedded on a piece of code on Ethereum and Tual said "it is more secure than every bank put together".

On Tuesday US time, ether traded at US$12.07 with a market capitalisation of nearly US$1 billion, the second largest for a virtual currency behind bitcoin. Ether has risen more than 20 percent over the last two weeks.

Currently DAO has 18,329 token holders, based on the DAO hub website. The largest investor in DAO so far holds a 3.59 percent stake and the top 100 holders have 46.3 percent of all DAO tokens.

Tual said DAO so far can do anything the investors want, but ideally it could finance start-ups and projects building applications on Ethereum.