Complaints against Telstra, Optus, Vodafone down 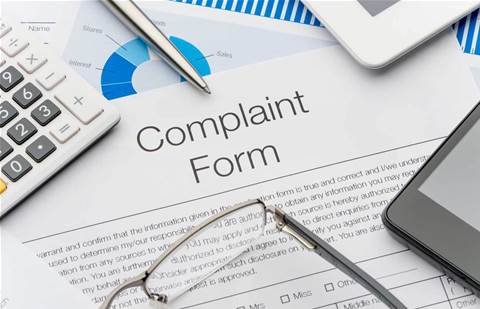 Telco complaints against major providers Telstra, Optus and Vodafone have continued to trend downward in the quarter ending September 2018, according to a report from the Communications Alliance.

Data compiled into the telco industry body's Complaints in Context report suggests complaints as a proportion of services in operation (SIO) for participating telcos Telstra, Optus, Vodafone, Amaysim and Pivotel decreased to 6.2 complaints per 1000 services for the period of July to September this year, the lowest since the same period in 2016.

By comparison, the telcos received an average of 9.3 complaints per 1000 services in the January to March quarter, while the April to June quarter had 7.5 complaints.

The trend was reflected in the Telecommunication Industry Ombudsman's recent annual report, which despite showing year-on-year complaints growth across all industry providers, reported a decrease in the most recent quarter.

The Communications Alliance’s compiles its Complaints in Context report from voluntarily participating service providers, based on data from the TIO.

“This demonstrates that the improvement in complaint handling and customer service which re-emerged in February this year has been sustained and continues to deliver better outcomes for consumers,” Communications Alliance chief executive John Stanton said.

“While the TIO annual report provides valuable insight, we welcome this up-to-date data reflecting the hard work put in by service providers along with co-regulatory actions by Minister Mitch Fifield, the ACCC and the ACMA.

“Industry sees these positive results as encouraging, and has committed to continue improving customer experience.”

Stanton added that an upcoming revision of the Telecommunications Consumer Protections (TCP) Code will expand the existing Complaints in Context report to include the top ten recipients of TIO complaints, in addition to any providers who choose to voluntarily participate.

“This will give consumers a credible and comparative quarterly snapshot of how well their provider is managing customer service – the first time that such a comprehensive barometer has been available to Australian telecommunications customers.”