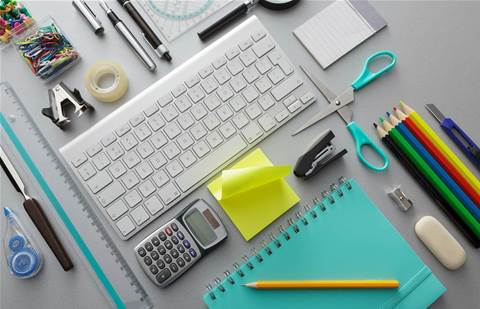 According to COS, the move has established it as the second largest business-facing office supplier in Australia and positions it well to compete with Winc, which recently merged with Office Max.

“We are a proud Australian family-owned business, which I established 40 years ago selling typewriter ribbon and carbon paper in Western Sydney,” COS founder and chief executive Dominique Lyone said.

“Acquiring Lyreco will help continue our growth and success and give Australian business a strong alternative to buy from an Australian owned company.”

Lyreco is a global company, founded in France in 1926. It entered the Australian market with the acquisition of office products supplier National 1 in 2004. Lyreco Australia currently employs about 245 people in Australia.

COS supplies more than 21,000 products for the office including technology, cleaning, kitchen, office products, furniture and print.

The company is a major HP partner, selling a wide range of HP laptops, desktops, monitors and printers. Other tech products include Acer Chromebooks, LogiTech peripherals and Barracuda hard drives.

Lyreco chief executive Herve Milcent said: “Sharing values with a family mindset and combining Lyreco Australia and COS expertise, I am convinced COS will be a powerful player on the Australian marketplace and a strong valuable partner for Lyreco's international customers.”

Lyreco and COS will integrate over the next four months.

“For Lyreco customers and staff, for now it is business as usual. A detailed integration plan will be put into place making sure it is a smooth transition of customers,” Lyone said.

The acquisition marks the second major consolidation in the office supplies resale market recently. Winc, which was rebranded from global office kit supplier Staples after its Australian and New Zealand business was sold off to Platinum Equity in March 2017, bought OfficeMax in February after waiting months for the go ahead from the Australian Competition & Consumer Commission, which had deliberated on whether the merger would go too far to reduce competition in the market.