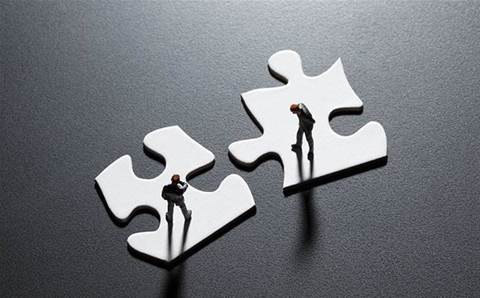 ConnectWise CEO Arnie Bellini said the acquisition of HTG was an easy decision given that the two companies have had a strategic relationship since 2008 and that he and HTG CEO Arlin Sorensen have known each other since the late 1990s.

"It's like we have been living together for 10 years and are finally getting married," Bellini told CRN USA. "Arlin and I are just old-fashioned about that."

HTG, headquartered in Iowa, is an organisation that brings together 600 members from 500 MSPs, primarily in the US – though also in Australia – through a series of meetings to provide them coaching and consulting services and the opportunity to form peer groups.

Local HTG member Dean Calvert, managing director of Calvert Technologies in Adelaide, said: "It’s wonderful news to hear about ConnectWise’s acquisition of HTG. This will be an example of one plus one being more than two.

"As a long-time ConnectWise user and HTG member we’ve certainly benefited from the coaching and community that both have offered, and having known Arlin personally for some 14 years I know I can trust his sound judgement with this big step forward in his life, and the life of the HTG family," Calvert added.

ConnectWise provides a platform through which MSPs can access and manage vendor services for their customers.

While the two have different business models, they share a common vision of how to support the MSP community, Bellini said.

"ConnectWise is a software platform while HTG provides coaching and training, but we have parallel visions," he said.

"We hope to get greater synergy working under one roof. We know we will be able to spread the education, the consulting, the peer groups, and their services including strategic consulting, to a wider community."

Sorensen told CRN that his organisation's acquisition by ConnectWise formalises the decades-long relationship between the two.

"HTG has been a 27-person organisation located in the corner of a farm in Iowa," he said. "Now we will be part of a global organisation. It's time for us to work together to help our partners succeed."

Sorensen plans to remain as head of ConnectWise's new HTG business unit for the long haul, he said. "I'm happy to be part of ConnectWise and looking forward to where we are headed," he said.

HTG typically sponsors 50 meetings of its community members a year, and those meetings will continue for now due to hotel and venue contracts already signed for the next couple of years, Sorensen said.

Sorensen said the HTG peer groups typically bring together 10 to 12 MSPs in a room. That number will not change, but with ConnectWise there will be more rooms to meet, he said.

"It's like an NFL expansion," Bellini said. "There are more teams. They're the same size, just more of them."