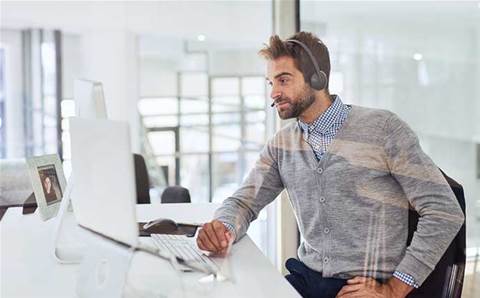 ConnectWise has updated its IT service management tool to make it easier for managed service providers to deliver services to businesses more quickly and at a lower cost.

The company has brought its professional service automation (PSA), remote monitoring and management, quote and propose, and remote desktop capabilities together into a single user interface.

The company said the new user interface would provide MSPs with a more consistent experience, reduce the number of clicks needed to navigate between functions, and ensure the same keys carries out the same function in every program, according to Craig Fulton, ConnectWise's vice president of product.

"You can't tell where one product ends and another product begins," Fulton told CRN US. "It's just one ConnectWise."

"It just made sense to align everything under one company, one brand," Fulton said. "We felt the names really helped, because it described what the product really does, and how the product can help partners."

The rebranding will make it easier for ConnectWise to talk about what it can do for MSPs, Fulton said, since some customers today don't realise all four products come from the same company. Going forward, Fulton said the vendor would be focused on presenting its entire platform rather than just a single product to solve customer challenges.

The new UI has the most in common with the legacy ConnectWise Manage interface, Fulton said, and will involve the biggest changes for previous users of ConnectWise Automate.  Specifically, Fulton said Automate users could expect a management screen with more of a dashboard look and feel, which would make it easier for MSPs to spot problems and work on customer machines without losing their interface.

"It alerts you right away from a quick view in a way that it hasn't before," Fulton said.

The new UI would bring remote control capabilities directly to the PSA ticket, Fulton said, enabling an MSP's technicians to take control of a customer's machine with just a single click in the ticket. Salespeople would be able to view and modify quotes inside the specific opportunity without having to toggle between functions, he added.

Automation of administrative tasks would also be a key feature of ConnectWise's new UI, which would automatically record the time a technician started and stopped using the remote control feature, Fulton said. The UI would offer drag-and-drop functionality, he said, allowing users to add or delete features and move the pods around the dashboard.

Although ConnectWise will maintain separate teams for each of its four products, Fulton said the vendor was adding positions in product management, product marketing and brand marketing focused on unifying the efforts of the individual product teams. This effort will be led by Fulton, who was promoted to vice president of product and will work to unify all the products in the ConnectWise business suite.

Real Time Consultants has been a ConnectWise Manage customer for a decade, and is pleased that ConnectWise Automate would begin looking and acting the same as the PSA product, said John Azzinaro, chief operating officer of the company. Specifically, Azzinaro said he was pleased ConnectWise was focused on ensuring alerts to the RMM tool come in and were more visible.

Azzinaro told CRN US that he hoped ConnectWise would also focus on improving the reliability, product development and customer support around its Automate tool.

"I think it [the new UI] is probably a good idea," Azzinaro said. "I'm glad they're making it pretty, but in some critical areas, it still doesn't work that well."