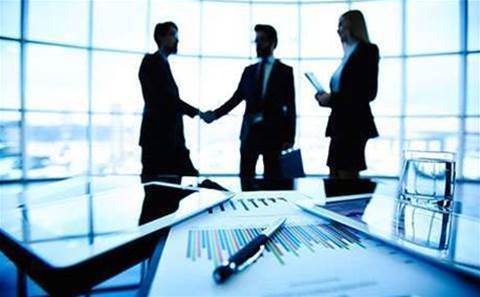 ConnectWise has announced plans to be acquired by private equity firm Thoma Bravo, a move that will see co-founder and CEO Arnie Bellini step down and the company chase more security business.

The company previously considered a change in ownership for more than five years, passing on the prospect of going public in favor of discussions with private equity groups.

“What we wanted was not the best deal but the best fit,” president and chief operating officer Jason Magee, who will become CEO once the deal closes, told CRN in an exclusive interview.

“We could have gone down the path we are on, but we are looking for a partner that can help us accelerate,” he said. “We wanted an aligned strategy and vision. And that’s what we came across with Thoma Bravo. They ticked all the boxes. It’s a really good fit and good timing too.”

Thoma Bravo’s investments and interest in software-as-a-service was of particular interest to ConnectWise, as Bellini sand Magee both felt that represents growth fuel for ConnectWise.

“Now we can pick up the phone and talk things through with a company that has been very successful,” Magee said.

Jason Magee, who has been with ConnectWise since 2011, was named COO in 2016. During his tenure as COO, ConnectWise grew at a 21 percent cumulative annual growth rate with more than 81 percent growth in EBITDA.

Magee also said the deal will mean ConnectWise will “have the ability to look at acquisitions from a slightly different vantage point. We will be able to accelerate.”

The incoming CEO added that the deal shoul help ConnectWise to more quickly deliver on its stated goals to broaden its security offerings.

“We believe security is a new frontier for customers and partners that we serve,” he said. “The place we came from helping MSPs, we are going to be able to do that in the security space.”

Magee also said the company plans to work with Thoma Bravo’s portfolio of software companies. “WE will do more on APIs and integrations with vendors to make it seamless for partners to deliver those solutions as a service,” he said.

The deal will see ConnectWise shed some staff: Magee said 110 positions will be “impacted” but that outplacement services have already commenced and some staff will receive job offers from new employers during their ConectWise exit interviews. The company also plans 70 new hires who possess the skills aligned to its new ambitions.

Terms of the transaction weren’t disclosed. But the deal is all-but done, as it is expected to close on February 28th.

At that point Bellini will move into “an advisory role”.

Magee’s plans call for ConnectWise’s culture and style to stay as they are.

“Our success has been founded on deep interactions with our partners through our IT Nation events and peer groups. We will continue to invest in our partner community and provide the solutions they need to deliver technology as a service to the world. I believe the Thoma Bravo partnership will accelerate our ability to continually develop the platform our partners need to succeed through acquisitions and innovation," Magee said.