Conroy may use NBN budget for subsea fibre link 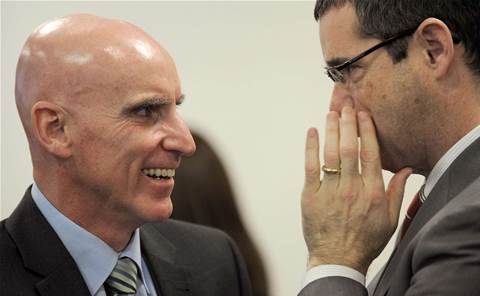 Communications minister Stephen Conroy has threatened to fund a new submarine link between Australia and the US out of the National Broadband Network budget if international pricing does not fall to reasonable levels.

In a speech boasting about his "unfettered legal power" over Australian telco regulation, Senator Conroy told a conference this week that he could order a Government-funded subsea cable if existing operators "do not start responding to market pressure"

"I've often said, if the international market doesn't improve, for $250 million out of a budget of $40 billion dollars, I'll build an extra pipe between here and the US to drive prices down," he told attendees of the Columbia Institute for Tele-Information conference in New York this week.

"We've got a couple of commercial prospects in the offing so I haven't wanted to leap into the international connection market but we are charged far too much and that would be why I do not support any further charges between countries."

He said the proposal, to be debated at an ITU conference in December, had "no justification" and that there would need to be a "substantive change to the way we are regulated at the moment".

Conroy's comments also come after the failure of New Zealand-led venture Pacific Fibre to raise the $US400 million funding required to create a 5.12 Tbps direct link Australia, New Zealand and the US.

The cable closure leaves a market dominated by three major players. Attempts to revive elements of Pacific Fibre with a detour to Hawaii have not yet been seen as a serious contender in the market.

However, the prospect of a new rival in the market are believed to have been one impetus for significant drops in pricing on the Southern Cross Cable.

Telcos iiNet and Vocus have since re-signed large deals with the submarine cable in the wake of a lack of competition.

Despite Conroy's concern, those in the telecommunications industry have rebuffed his threats, pointing to current industry figures that put wholesale bandwidth costs out of Sydney at around $25 per megabit currently, and falling.

Internode founder and iiNet board member Simon Hackett pointed out that the cost of international bandwidth was steadily falling below — and in some cases, already below — that of the local connectivity charges required for internet service providers to join the National Broadband Network.

Bevan Slattery, founder and former owner of the PIPE submarine cable between Australia and the US, similarly warned last year that international traffic could soon be much cheaper than local transit under the Govenment's broadband project.

A spokesman for Senator Conroy did not return a request for further comment at the time of writing.

Senator Conroy used the speech to establish the differences between telco regulation in Australia versus the US as a core reason behind Labor's NBN proposal.

Federal-based telecommunications regulation, he boasted, gave him "unfettered power" over the industry, allowing him to force the structural separation of Telstra and establish an open access platform that could one day include the Commonwealth Bank as a telco.

"That means I'm in charge of spectrum options and if I say to you, everyone in this room you want to bid next week in our spectrum auction you better wear red underpants on your head, I've got some news for you — you'll be wearing them on your head," he said.

"Not many regulators have quite that much power."