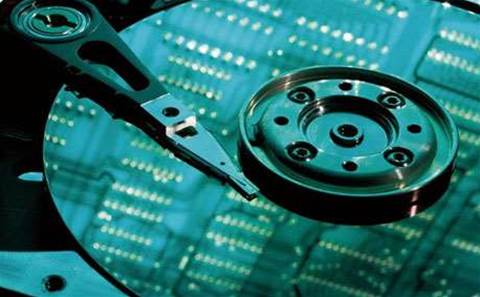 That's according to data from Backblaze, an online storage firm that uses a mix of both types of hard drives.

Last month, the company revealed the average lifespan of a hard drive - leading to questions from many about whether there were reliability differences between brands or between consumer and enterprise grade drives.

Backblaze runs most of its storage on consumer-grade drives, but also has a selection of enterprise-class systems from Dell and EMC.

"We have also been running one Backblaze Storage Pod full of enterprise drives storing users’ backed-up files as an experiment to see how they do. So far, their failure rate has been statistically consistent with drives in the commercial storage systems," said engineer Brian Beach in a blog post.

Over four years, Backblaze has tracked 14,719 drive-years - representing the number of drives it has, multiplied by their lifespan (for consumer-grade hardware) – finding 613 failures, which is a failure rate of 4.2%.

For enterprise-grade drives, Backblaze clocked up 368 drive-years, with 17 failures - a failure rate of 4.6%.

However, he admits that the data covers only the first two years of operation, since the firm has only used enterprise drives for this period.

"It turns out that the consumer drive failure rate does go up after three years, but all three of the first three years are pretty good," he notes. "We have no data on enterprise drives older than two years, so we don’t know if they will also have an increase in failure rate. It could be that the vaunted reliability of enterprise drives kicks in after two years, but because we haven’t seen any of that reliability in the first two years, I’m sceptical."

He also pointed out that the company's usage of the drives is different, with enterprise drives being used more heavily than their consumer counterparts. However, he noted that the enterprise drives are "coddled in well-ventilated, low-vibration enclosures".

Are enterprise drives worth the extra cost, then? "From purely a reliability perspective, the data we have says the answer is clear: No."

However, Beach noted one reason why a company might choose enterprise-class drives.

"Enterprise drives do have one advantage: longer warranties. That’s a benefit only if the higher price you pay for the longer warranty is less that what you expect to spend on replacing the drive."

"This leads to an obvious conclusion: If you’re okay with buying the replacements yourself after the warranty is up, then buy the cheaper consumer drives."

Grab the MSP security opportunity
By Nicole Kobie
Dec 5 2013
9:15AM