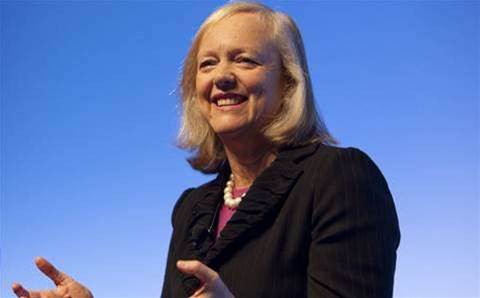 "With the advent of containers, VMware becomes almost irrelevant," Whitman told CRN USA in an interview Wednesday. "As containers grow in importance, I think the VMware asset will be not as strategic an asset, and it may actually shrink over time."

HPE is placing big bets on containers, partnering with Docker, the top-funded container startup with a valuation of more than US$1 billion, and investing in Mesophere, a container orchestration startup in which Microsoft has also taken a stake.

Whitman said the HPE might acquire a container a company, but also pointed to work the Palo Alto vendor is doing to incorporate container technology into it's products right now.

"We booted HP-UX [HP's Integrity high-performance computer operating system] to a container last week, which is actually enormous. That is a huge thing.  More work to come," she said.

Containers let developers build apps and move them quickly into production, on any type of infrastructure, without changing their code. Containers are also smaller and more lightweight than virtual machines because they don't have an underlying operating system, which means more apps can run on a physical server.

For all these reasons, some industry watchers consider containers as a serious threat to VMware's server virtualisation business. Whitman also subscribes to this view.

"This business is Darwinian. I think containers makes VMware less relevant – not next week, not next month, but over time," Whitman said.

Whitman, who has been vocal in her criticism of Dell's US$67 billion bid to acquire VMware parent company EMC, also said HPE expects to continue working closely with VMware.

"I think at least for the foreseeable future the VMware partnership is really important to us. We are about 36 percent of VMware's go-to-market, so they care a lot about us and we care a lot about them," Whitman said. "It is a really important relationship. [VMware CEO] Pat Gelsinger has reached out. Everyone at VMware has reached out to tell us, 'We need you guys from a VMware perspective,'" said Whitman.

A VMware spokesman declined to respond directly to Whitman's comments but said the vendor is working on several container-related technologies.

"VMware has embraced container technology, we are aggressively delivering a set of solutions to enable customers to have an infrastructure that is container-ready," said the spokesman.

VMware is developing a series of technologies for containers, which it's also making available as open-source projects on Github.

Project Bonneville, now part of VMware's vSphere Integrated Containers offering, lets apps run on containers inside of virtual machines. Photon OS is a Linux-based operating system that lets developers build cloud-native apps. These apps are designed to scale up and down based on demand levels and take advantage of microservices.