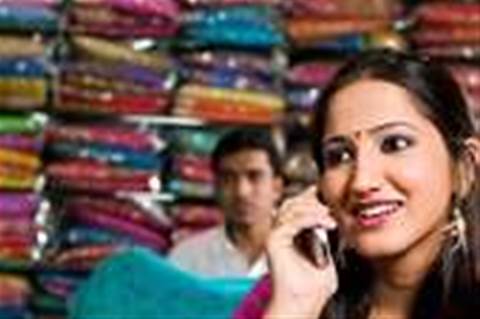 The deal will create between five to 10 jobs at ContentKeeper's Canberra office in the near future.

Tata Communications is the largest provider of international long distance, enterprise data and internet services in India, a country with over 100 million internet users.

The company is part of the US$62.5 billion Tata Group.

This is the first time an Australian internet security solution provider has entered the Indian market on such a scale.

"India has become a hub for information technology to the world, and Tata Communications has a global footprint in the industry," he said.

"It is a great achievement for an Australian SME to secure such a significant partnership with a world leader in the field."

ContentKeeper and Tata Communications will jointly deliver the web filtering solution to Tata's SME customers via the company's web portals.

The Indian SME market for IT products and services is estimated at $5.5 billion. In 2006-07, there were over 12.8 million micro, small, and medium enterprises in the country.

Delivered as a managed service, the product will take the strain off corporate IT infrastructure and free up resources for other business functions.

"This alliance has given us access to the entire SME market in India-a segment that was previously difficult for us to reach," he said.

Kumar said Austrade's local knowledge was invaluable to ContentKeeper's expansion into the sub-continent.

"Chaitanya Patil at Austrade Bengalooru (Bangalore) advised us on the best local partners to pursue, the way to establish communications with Tata, and helped see the relationship result in a concrete outcome," he said.

Linford said despite the global downturn, the Indian ICT market was growing steadily with more Indian firms continuing to invest in IT hardware and software to improve productivity.

"A recent Gartner report said India's domestic market for IT services is the fastest-growing in the Asia-Pacific, expected to reach US$11.8 billion by 2012. This means more opportunities for innovative Australian IT firms."

Tags:
contentkeeper giant indian it partners security with
By Staff Writers
May 28 2009
12:18PM