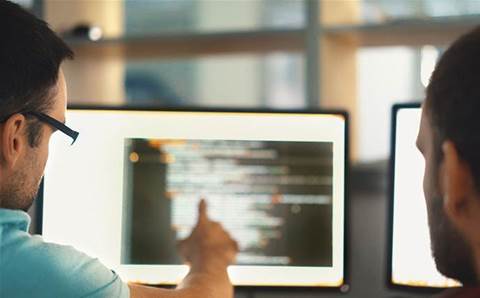 Boston-based Continuum has acquired a US-based solution provider that designed a tool to give MSPs visibility into every critical corner of their business.

Continuum chief executive Michael George told CRN USA that the men who own BrightGauge were MSPs and recognised the industry’s pain points as well as anyone. But he called the product they created – a business intelligence dashboard – “the bull’s eye of perfection”.

“These guys built from the ground up, a purpose built, very elegant, API driven, and interconnected to the ecosystem that everybody in the MSP world lives in everyday,” George said. “So it was just so beautifully engineered, thought up, and built by a user who is an MSP. It was just so smack on, right in the bull’s eye of perfection, if you will.”

Continuum bought the company in December for undisclosed terms and announced the deal on Tuesday, George said. He said the acquisition is part of the company’s mission to provide Continuum partners with the tools they need to scale their businesses. He said users will get visibility of important metrics that drive their work, as well as access to powerful intelligence technology that can be leveraged to create better efficiencies, as well as analytical capabilities underlying the Continuum platform.

“It’s leveraging data from the channel’s most widely used solutions in the market,” George said. “It’s also a place of aggregation, like business intelligence tools are in the general world. (The acquisition) gives us the ability and it gains for us access to really powerful business intelligence technology and this has become a really important factor.”

George said Continuum looked at other tools in the market before acquiring BrightGauge, but said what they found were “heavy” from a services perspective, with too much work to get them to operate effectively, or tools that were designed for a general purpose, but were “hijacked” for use by MSPs.

“We encourage people to use all of these different methods if they’re working for them, we also just found it to be too abstract from the business,” he said. “It just doesn’t read or register for an MSP as well as BrightGauge did, so that’s why we chose to acquire them and not someone else.”

BrightGauge was founded in 2011 by brothers Brian and Eric Dosal, who ran – and still run an MSP. Their goal was to help small to medium IT service providers manage their own internal data, while also giving those business owners the ability to demonstrate their value to customers, according to a statement. George said the Dosal brothers are “really bright entrepreneurs.”

“It’s a wonderful story in and of itself. They had a very successful MSP, but they found the lack of really good, not only reporting, but all the kinds of metrics driven, dashboard-related things that you would need to run your business,” he said. “They felt there was a huge void in the marketplace for that.”

Through the deal with Continuum, BrightGauge will have more resources to accelerate its product development and customer support. George said this will be underlined by BrightGauge’s vendor-neutral approach to platform integration, that offers MSPs the freedom to integrate their choice of solutions for a complete picture of their business performance.

“You know people run these MSPs, half the time they don’t even realize they’re not profitable with particular customers,” George said.

“They think they’re making money on this, but they’re not. They don’t think they’re making enough money on that, but they are, and all these different attributes of a business and this just provided incredible insight into the business. So now, businesses could have operational maturity levels that were greater, they could build profitability by clients, all the things that would help you build a successful MSP.”