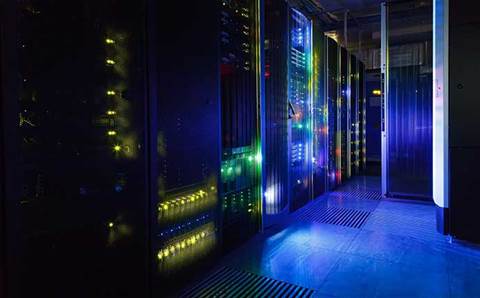 Although the coronavirus pandemic is affecting IT spending in data center products like servers and storage, the world’s leading hyperscale capex spenders – led by Apple, Amazon, Google, Facebook and Microsoft – will continue to spend billions on data centers this year, according to Synergy Research Group.

Hyperscale capex spending on data centers reached an historic high of over US$120 billion in 2019, peaking with a record-breaking fourth quarter of well over US$32 billion, according to new data from Synergy. The leading hyperscale data center operators “are better positioned than most types of companies to ride out the crisis,” said John Dinsdale, chief analyst of Synergy in an email to CRN.

“While there are many unknowns, what is clear is that the hyperscale operators generate well over 80 percent of their revenues from cloud, digital services and online activities. The radical shifts we are seeing in social and business behavior will actually provide some substantive tailwinds for many of these businesses,” said Dinsdale. “These hyperscale firms are much better insulated against the current crisis than most others and we expect to see ongoing robust levels of capex.”

Although total hyperscale operator capex was up only 1 percent in 2019 to more than US$120 billion, spending specifically targeting data centers jumped 11 percent compared to 2018. This reflects ongoing strength in core business operations of the world’s top cloud and internet services providers who will be less impacted by the coronavirus pandemic that other industries, said Dinsdale.

The coronavirus pandemic has dramatically impacted the IT world -- from negative sales impacts to the canceling or postponing of major events.

Dell Technologies CEO Michael Dell told CRN that he’s never seen anything have such a significant impact on the technology industry as the coronavirus pandemic in his 35-year career. “Having done this for 35 years or so, I’ve seen a lot of things,” said Dell. “There’s been nothing really like this. So the whole work-from-home movement is something our customers need a lot of help with. … Customers and partners need us more than ever.”

Synergy’s data is based on analysis of the hyperscale capex and data center footprint of 20 of the world’s largest operators who provide Software as-a-Service (SaaS), e-commerce, social networking, Infrastructure as-a-Service (IaaS) and Platform as-a-Service (PaaS). In aggregate, the 20 companies generated 2019 revenues of nearly US$1.4 trillion, up 13 percent from 2018, according to the research firm.

The majority of hyperscale capex goes towards building, expanding and equipping huge data centers known as hyperscale data centers which house tens-of-thousands of servers and hardware alongside millions of virtual machines.

As of the end of 2019, there are currently 512 hyperscale data centers in production with that number expected to grow in 2020, according to Synergy.