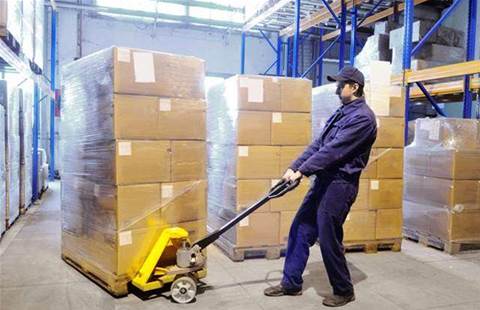 Australian security camera vendor Swann has revealed an ambitious plan to launch a US$10-a-month subscription service to capitalise on the many thousands of its cameras that have been sold into homes and businesses.

As well as adding a recurring stream of extra dollars on top of its hardware business, the app will also serve as the Melbourne company's entry into a broader market for home automation.

Sensors and devices will provide the ability to be notified when smoke is detected, glass breaks, doors open, as well as the ability to turn on lights or heating remotely, or even notify the user if the noise of a gun firing has been detected - a feature that will be offered to US customers but is not currently planned for Australia, CRN was told.

Aged care features are on the company’s agenda for the future and a broader range of hardware devices might eventually be seen from Swann itself - which up until now has been known primarily for its DIY security cameras.

While the addition of a subscription revenue stream on top of hardware sales might make some hardware vendors salivate, Swann isn’t the first to enter home automation territory.

Computer-controlled lighting and various other home automation products have been on the market for years. However the area is seeing renewed interest, with the likes of Apple entering the field with its HomeKit.

Despite this, Swann's chief technology officer Geoffrey Wanless argued that the company's focus on home security will have a better chance of getting people to open their wallets.

Wanless also described the ability for users to subscribe as and when needed. For example, security monitoring might not be needed during the week, when home owners are home, but they might activate this if they leave for a holiday.

Swann plans to offer two package options: one aimed at residential users which can be used to monitor up to four properties, such as a main residence, parents’ houses and a holiday home. A second SME package will monitor “30 to 40” properties.

The core of the system will be a central “hub and gateway”, which will connect to cameras and sensors.

The system will work with certain third party devices, Wanless said, including a Philips lighting systems, the Nest thermostat and door locks.

“We have a plan for a huge number of integrations," he said. "Some are security related, some are lifestyle home automation related."

The system is expected to be shown at the Consumer Electronics Expo in January in the US, and Wanless said it will launch in Australia and Europe in February.

While Wanless said Swann’s customer has up till now been made up largely of hobbyists, people who have experienced burglary and professional installers, the hope is the new system will attract a new demographic.

“If you look at the traditional Swann website, it's very much focussed on high value but low cost. If you look to [the new subscription service site], it's far more upmarket, more modern, a much cleaner design,” he said.

He said he expects a significant proportion of revenue will be recurring revenue in the next three to four years – as opposed to the one-off sales the company has relied on for so many years.

The products will be available from major retailers, as well as direct from Swann's online store.

Swann has also attracted interest from the US, with surveillance manufacturer Infinova expected to acquire Swann in a deal worth $87.5 million.