Could this be next goldmine for Aussie Cisco partners? 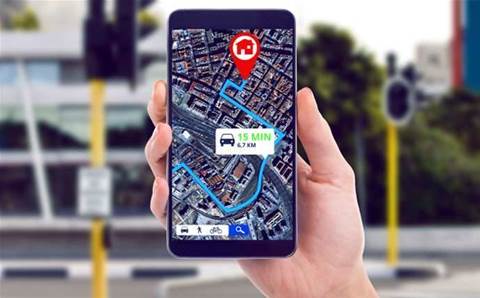 Cisco is in discussion around the country about the rollout of “smart city” technology that could open up multi-million dollar revenue streams for partners.

As well as a pilot about to commence in Adelaide, Cisco is in planning for a pilot with the City of Newcastle. Cisco is also in early discussions for “smart city” pilots in Victoria, Western Australia and Queensland.

While none of the early stage discussions have resulted yet in contracts being awarded, Cisco’s sales manager in Asia-Pacific Japan for smart+connected communities Bud Kapoor predicted that commercial work will flow from the talks in the near future.  “I think you’ll see some more pilots being announced in the next six to nine months,” he predicted.

Projects of this type encompassing entire CBDs could be worth more than $10 million, Kapoor estimated. “That’s a very conservative estimate. These projects are large, and they involve a fair amount of complexity. Projects like this don’t come around very often. It’s quite an exciting opportunity.”

Cisco has created software called the City Digitisation Platform, which acts as a central platform for data from sensors used to monitor motion, sound and particulate matter in the air. Potential applications include parking, traffic, health and security.  One partner Sensity produces sensors for LED lighting, while another even has sensors which detect the level of rubbish in bins.

The likes of Dimension Data, IBM, The Frame Group, Optus and Data#3 are involved in discussions around the rollout of smart city technology in Australia, Kapoor said. Cisco is encouraging other partners to see the smart city concept as an opportunity - both integrators and partner in applications and analytics.

“We’ve brought together solution ecosystems, of sensor partners and app partners at service level, and package that for partners to add other things – whether it be an SI capability in managing large projects, cloud, applications analytics and networking,” he said.

As well as the integrators and WiFi providers, Cisco has been talking to around five different applications providers and five or so analytics provider, he said.

“A lot of Cisco’s partners are developing that capability if they don’t already have it,” he said.

At the application and analytics level, for example, a pollution map measuring particulate levels across the city could allow a partner to create an app to measure data for citizens who had children who are asthmatic.

One example he pointed to was Sydney-based Invigor Group, which announced last month it is providing analytics for the rollout of free WiFi by Sunshine Coast Council, Big Air and Ruckus.

At the network level, Cisco is partnering with the likes of Telstra, iiNet, Optus and DiData to supply WiFi.

"Every city we speak to has some activity underway – [some are] planning and some have smart city projects in flight," Kapoor said.