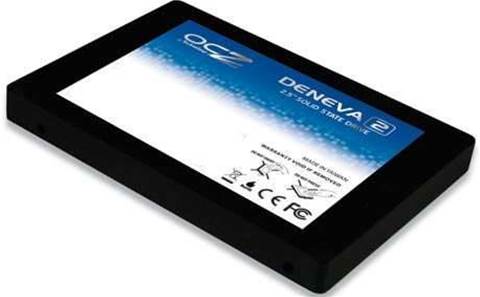 OCZ, the SSD pioneer that has been struggling through bankruptcy proceedings, has received court approval to be acquired by Toshiba.

OCZ, which in November said it would likely liquidate if it weren't acquired by Toshiba, and Toshiba in December signed a deal under which the Japanese electronics giant would acquire part of OCZ's assets in a chapter 11 bankruptcy proceeding for $35 million.

Under the new court-approved deal, unveiled Friday, Toshiba will acquire all of OCZ's enterprise and consumer SSD business, as well as the OCZ brand.

Unlike OCZ, Toshiba is a manufacturer of flash memory, the key component to producing SSDs. OCZ's lack of its own flash memory business is commonly cited as one of the key reasons the company did not succeed despite its early entry into the business.

Todd Swank, senior director of product marketing at Equus Computer Systems, a US-based system builder, said there are only a few SSD makers with their own memory business, and that Toshiba's move to acquire OCZ shows the importance of having the kind of scale needed to compete in this business.

"Memory manufacturers will have the advantage over those who don't make their own memory chips," Swank said. "OCZ was a pioneer, but no memory maker. Big companies will want to grow as a market like this matures. And it will come down to who has economies of scale and who can produce SSDs for the lowest cost."

For custom systems builders, having more competition, in general, is a good thing, Swank said.

"But it's hard to manage relationships with 10 suppliers," he said. "If there are too few choices, prices tend to rise. But we're nowhere near that yet with SSDs."

OCZ's non-SSD business, which includes a line of mainstream and enthusiast PC and workstation power supplies, is the subject of a separate bidding process, and it is not a part of the new Toshiba deal, OCZ said.

OCZ declined to discuss its pending acquisition by Toshiba. An OCZ spokesperson said the company will wait until the deal actually closes, which will likely happen early next week.

However, in a statement, OCZ CEO Ralph Schmitt said his company is pleased to get the court's approval and looks forward to continuing to bring "disruptive solid state storage technology" to the market with Toshiba.

"The OCZ team is excited to be a part of an innovative company like Toshiba where we can continue to develop new and unique SSD technologies that position the Company as a solid state solutions leader in both the client and enterprise storage markets," Schmitt said in the statement.