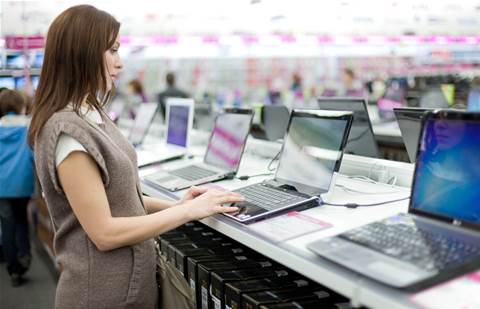 The onset of the COVID-19 pandemic has saved the Australian PC market from collapse as companies shifted their employees to work from home arrangements, research from Gartner revealed.

The market research firm revealed that shipments for desktops, laptops and premium ultramobile (thin and light laptop) PCs declined 7 percent in 2020 to 4 million units compared to 4.35 million in 2019.

Globally, the PC market is also expected to decline 10.5 percent from 262.7 million shipments to 235.2 million.

Gartner senior research director Ranjit Atwal said the forecasted decline “could have been much worse” if not for the COVID-19 restrictions globally.

“Government lockdowns due to COVID-19 forced businesses and schools to enable millions of people to work from home and increase spending on new notebooks, Chromebooks and tablets for those workers,” Atwal said.

“Education and government establishments also increased spending on those devices to facilitate e-learning.”

Gartner added that 48 percent of employees will likely work remotely at least part of the time after the COVID-19 pandemic, compared to 30 percent pre-pandemic. The company added the work from home trend will make IT departments shift to more notebooks, tablets and Chrome devices for work.

The report also included Australian shipments for tablets and mobile phones, both of which also declined in 2020, mirroring the global trend.

Gartner said the decline in mobile phone shipments were due to consumers holding on to their phones longer than before, only replacing them on average every 2.7 years, compared to 2.5 years in 2018.

“While users have increased the use of their mobile phones to communicate with colleagues, work partners, friends and families during lockdowns, reduced disposable income will result in fewer consumers upgrading their phones. As a result, phone lifetimes will extend from 2.5 years in 2018 to 2.7 years in 2020,” Atwal said.

5G handsets have also not made a difference in shortening the replacement time, only taking an 11 percent share of all shipments.

“Moreover, the lack of 5G geographical coverage along with the increasing cost of the 5G phone contract will impact the choice of a 5G phone,” Zimmermann added.

Related: Microlearning: What it is and 10 Reasons Why it's Best for Company Training