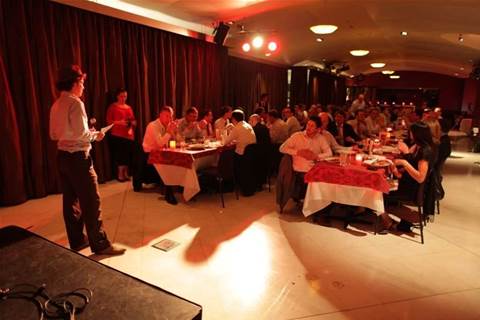 CRN unveiled the top 10 resellers in the CRN Fast50 2010 at an exclusive event in Sydney last night.

The top 10 accepted their awards among the channel's 50 fastest growing resellers and industry colleagues including vendor and distributor sponsors.

CRN invited all 50 resellers from around the country to meet their fellow fast growing resellers at an exclusive Sydney restaurant.

Software Traction managing director Stu Garrow congratulated everyone on the list. "Everyone in the CRN Fast50 deserves recognition," he said.

CRN Fast50 No.7 Network Neighborhood managing director Hugh Marquis said: "Our general manager said get big, get niche, or get out and we remained niche."

Fifteen managing directors were under 35 and half of the 50 sold a form of cloud or hosting provider service. Further, of the top 10 resellers, two focused on one industry manufacturing and education.

The full list will be released in the print issue of CRN in the coming days and then online thereafter.

Eliminating departmental friction within MSPs
By Negar Salek
Oct 28 2010
1:44AM