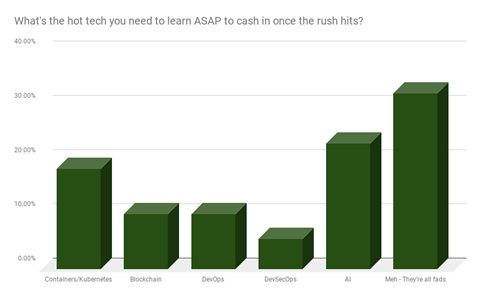 CRN's most recent reader poll asked "What's the hot tech you need to learn ASAP to cash in once the rush hits?"

Your options for that loaded question were:

We received 108 votes in this poll and they fell as illustrated in the graph below. 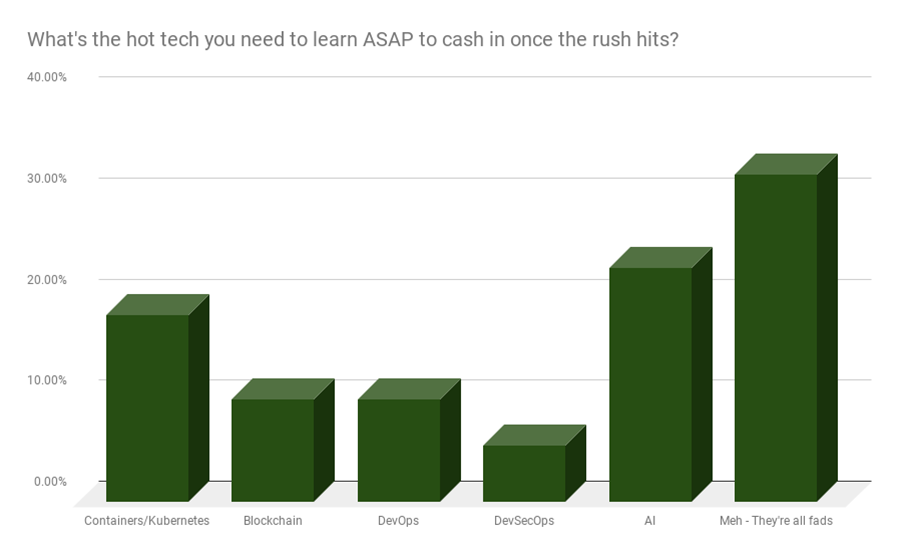 Clearly CRN readers don't think much of DevSecOps, despite the technique's reputed power to stop security being The Team That Says No And Slows Things Down.

Enthusiasm for containers and Kubernetes is no surprise, seeing as they're widely predicted to be the future of software development and operations. Ditto for AI: it's everywhere and not understanding it is going to be dangerous.

But the low vote for Blockchain and the high vote for "Meh" surprised the CRN team. Blockchain, after all, has already become a substantial market. And we keep being told that partners need to keep evolving new skills to thrive. Perhaps we just let you vote on the wrong skills!

Our new poll asks what you think about Telstra Purple, the carrier's new brand for services that seems to integrate all the MSPs it has bought over the years. Is this the straw that breaks the camel's back and makes you think the time to stop working with Tesltra has come? Or can you live with Purple?

Have your say here!