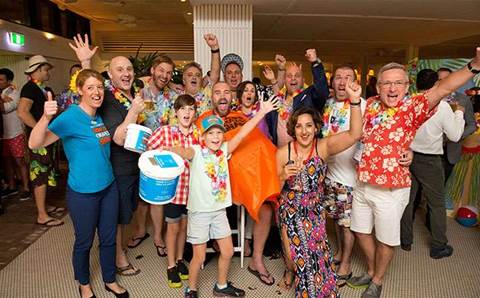 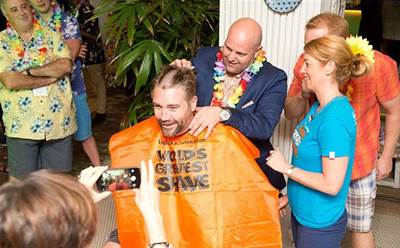 Ahmmad Issa does the first shave

Partygoers threw notes and coins into collections jars, before the team conducted an auction for the chance to take the clippers to De La Rue Browne's head.

Synnex's Ahmmad Issa kicked off this bidding with a $1,000 donation, quickly followed up with another $1,000 donation by VTS IT managing director Glenn Kennedy. 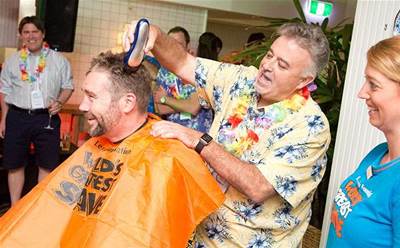 De La Rue Browne has raised almost $11,000 for the Leukaemia Foundation so far. There is still time to donate to Lee's fundraising efforts.

Sarah Hozack, campaigns manager NSW/ACT at the Leukaemia Foundation, said: "This is a incredible achievement and wouldn’t have been possible without the generous support of his colleagues and clients.

"The money Lee has raised will go a long way to helping other patients and their families with the emotional and practical support they need, along with funding urgent research for blood cancer cures." 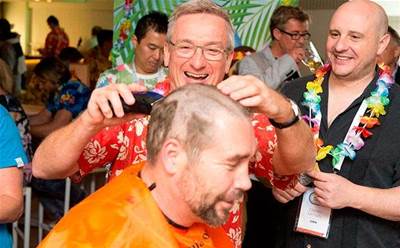 The fundraising effort took place on Thursday 7 April, following the first day of CRN Pipeline, a two-day summit focused on the major trends and issues impacting channel business owners. To register for the Melbourne event on 14-15 April or to lodge an expression of interest for CRN Pipeline 2017, please head to the event website.

Every year, more than 150,000 people get sponsored to shave or colour their hair to support Australians with blood cancer and to fund research. 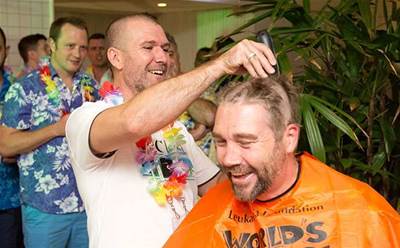 Blood cancers remain the third biggest cause of cancer death in Australia. 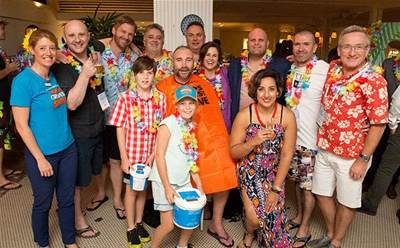