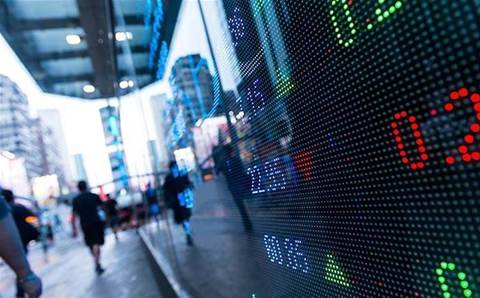 CrowdStrike has hired Goldman Sachs to prepare for an initial public offering that could come in the first half of 2019, according to a Reuters report.

The endpoint security vendor wants to be valued at more than the US$3 billion, Reuters indicated. People familiar with the matter, though, cautioned Reuters that CrowdStrike's IPO plans could still change.

Neither CrowdStrike nor Goldman Sachs immediately responded to a request for comment.

CrowdStrike in June received an additional US$200 million of funding in a Series E round led by New York-based growth equity firm General Atlantic, venture capital firm Accel, and IVP. All told, the company has hauled in US$481 million in six funding rounds since the company was founded just seven years ago.

George Kurtz, CrowdStrike's co-founder and CEO, told CRN USA in June that it's not uncommon for companies to do a big private funding round before a potential IPO, and indicated that CrowdStrike would continue to have the opportunity to go public in the future.

"We're to the size and scale where we could be a public company, and we're being courted pretty heavily in that arena," Kurtz told CRN USA in June. "This just bolsters our balance sheet, and gives us a lot of flexibility and options in the future."

CrowdStrike's platform is powered by artificial intelligence and processes more than 100 billion security events daily to stop all attack types, including never-before-seen cyber threats. The company's AI engine can make more than 2.3 million decisions each second, according to CrowdStrike, boosting real-time threat protection with speed and accuracy.

Kurtz said in June that the company's cloud-native, API-driven architecture stands apart from the single-tenant offerings of other next-generation security players who are, for instance, focused only on loading up instances of Amazon. The competing architectures aren't cloud-native, don't scale as well, and can become very costly to manage and maintain, according to Kurtz.

"A lot of new investors look at us as the ones who could really be the breakout company in security from a platform perspective," Kurtz told CRN USA at the time. "There's a lot of excitement around what we are doing."

CrowdStrike's endpoint security competitors also got in on the action in the private markets, with Tanium receiving a US$175 million investment from TPG Growth in May and an additional US$200 million earlier this month in a round led by Wellington Management. The company has raised US$782.8 million in ten funding rounds since its founding 11 years ago.

Additionally, emerging endpoint security vendor Cylance landed an additional US$120 million of outside funding in June to continue its global expansion and grow its portfolio of offerings. The company has raised US$297 million in five rounds since its founding six years ago.