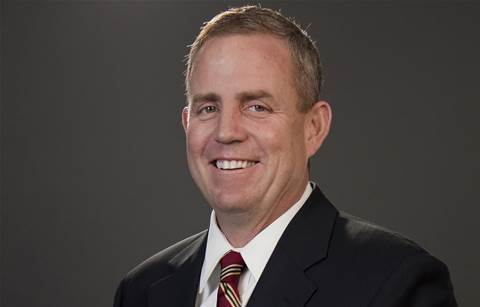 The Sunnyvale, Calif.-based vendor tapped Rogers to replace veteran channel chief Matthew Polly, who will shift into a new leadership role at CrowdStrike as vice president of North America midmarket sales. Rogers has since June 2018 served as a top assistant to Polly in CrowdStrike’s channel organization and has for the past eight months overseen partner and alliance sales on a global basis.

“Michael Rogers has proven to be a great leader and advocate for CrowdStrike, our partners and our customers, and no one has played a bigger role in growing our channel program over the past few years,” CrowdStrike Chief Sales Officer Jim Seidel said in a statement. “He’s the perfect choice to lead us into the next chapter of partner growth.”

Seidel in December was promoted to lead CrowdStrike’s global sales organizations after spending five and a half years overseeing sales in the Americas. He replaced Mike Carpenter, who spearheaded CrowdStrike’s global sales and field operations for more than five years and served as Polly’s supervisor for nearly all his time as global channel chief.

As global channel chief, Rogers will lead a channel organization that supports 590 solution providers in North America and 1,472 partners globally, according to 2022 CRN Channel Chiefs profiles. Three-quarters of CrowdStrike’s revenue came through channel partners in the nine months ended Oct. 31, 2021, markedly lower than top rival SentinelOne, which drove 92 percent of its sales via the channel.

“The difference with CrowdStrike —and why we’ve been able to bring together such an elite network of partners—is that we’ve always advocated for an ecosystem approach that puts customers at the center of the program,” Rogers said in a statement. “When you find partners as committed to the mission as you, customers win, plain and simple.”

CrowdStrike revealed Wednesday that it grew its business with MSSPs by more than 200 percent and partner-sourced annual recurring revenue (ARR) by 83 percent in the fiscal year ended Jan. 31. CrowdStrike also more than doubled its ARR transacted through the AWS Marketplace and ended the year as one of AWS’ top ISV partners by transaction volume.

“Managed service providers are looking for the best endpoint platform that they can plug in and offer other services,” CrowdStrike CEO George Kurtz told investors Wednesday. “I think we’ve figured out a way to complement the services that they have in those areas, and it’s been very effective.”

At CrowdStrike, Rogers helped the company expand its engagement license program so that partners could provide proactive and reactive services to their customers, according to his Channel Chiefs profile. The program has been tremendously impactful for customers who need critical services at a time when their company may have been compromised, according to Rogers.

Over the past year, Rogers said he’s expanded CrowdStrike’s National Partner Program by focusing on both core and emerging partnerships with national solution providers, according to his Channel Chief profile. Rogers also said CrowdStrike has seen tremendous momentum with Technology Alliance Partnerships like those with Zscaler, ExtraHop, Okta, Netskope, Proofpoint and Mimecast.

CrowdStrike under Rogers has also increased its investment in marketing each year and empowered alliance managers to engage with their partners and adapt to different needs across various regions. Rogers said he plans to continue investing in partners across enablement, marketing and learning to drive customer awareness and demand for joint solutions and services, according to his Channel Chiefs profile.

“We continue to see our solution providers exceed expectations in terms of the goals we mutually put in place at the start of each year and quarter,” Rogers wrote in his 2022 CRN Channel Chiefs profile. “The maniacal focus on our partners by our alliance managers has truly made the difference as the focus is always on how can we do more with our partners and where can we improve and be a better partner.”

Grow your software revenue by selling these 5 affordable, essential tools for the modern workplace
By Michael Novinson
Mar 11 2022
7:04AM