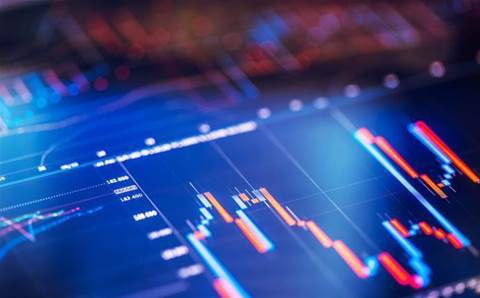 CrowdStrike filed to raise up to US$100 million in an initial public offering (IPO) and disclosed that a "vast majority" of its Falcon platform sales flow through channel partners.

The endpoint security vendor said it has a 'channel-centric' go-to-market approach, leveraging its network of channel partners to maximize effectiveness and scale for its platform and cloud module sales. CrowdStrike's top channel partner accounted for 15 percent of the company's total revenue and 9 percent of net accounts receivable in the fiscal year ended 31 January 2019.

"Our ability to achieve revenue growth in the future will depend in part on our success in maintaining successful relationships with our channel partners and in training our channel partners to independently sell and deploy our Falcon platform," CrowdStrike said in its 194-page regulatory filing Tuesday with the US Securities and Exchange Commission.

CrowdStrike didn't immediately respond to a request for comment on its S-1 filing. Reuters reported in October 2018 that the company had hired Goldman Sachs to prepare for an IPO that could come in the first half of 2019.

The company was founded in 2011, and has raised US$481 million in six rounds of outside funding, according to CrunchBase. The company employed 1455 people as of 31 January, up from a headcount of 910 just a year earlier.

The company said in its S-1 filing that it plans to use the net proceeds of its IPO for general corporate purposes, including working capital, sales and marketing activities, research and development, general and administrative matters, and capital expenditures. CrowdStrike will be listed on the Nasdaq stock exchange under the ticker symbol CRWD.

The company credits its 2018 embrace of a trial-to-pay model - which provides free trial access to Falcon Prevent directly from the CrowdStrike website or the AWS Marketplace - for fueling growth in the SMB.

"Our sales team also leverages our network of channel partners," CrowdStrike wrote. "Additionally, we engage in joint marketing activities with our channel and technology alliance partners."

The company's net losses dipped to US$140.1 million in fiscal 2019, some 0.9 percent better than its net loss of US$141.3 million the year prior. CrowdStrike expects its operating expenses to increase going forward as the company continues to invest for future growth, and the company said it cannot predict when or whether it will reach or maintain profitability.

CrowdStrike's IPO filing comes just a year after top next-generation endpoint security competitor Carbon Black hauled in US$152 million in a Nasdaq public offering. Another top CrowdStrike competitor, Cylance, was sold to BlackBerry for US$1.4 billion in November 2018.

Copyright © 2018 The Channel Company, LLC. All rights reserved.
Tags:
crowdstrike security
By Michael Novinson
May 15 2019
11:38AM