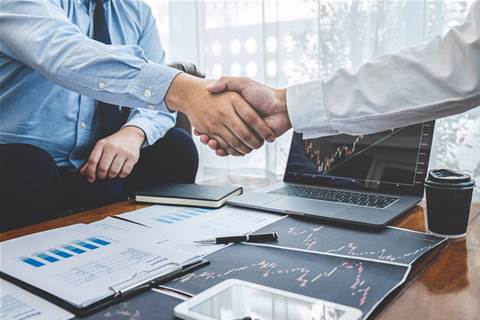 CrowdStrike has agreed to purchase Humio to strengthen its ability to ingest and correlate data from any log, application or feed for actionable insight and real-time protection.

The Sunnyvale, Calif.-based endpoint security giant said London-based Humio’s native ability to ingest and analyze both unstructured and semi-structured data will enhance how the CrowdStrike platform addresses DevOps and DevSecOps issues. The deal will enable CrowdStrike to provide deep, contextual index-free eXtended Detection and Response (XDR) with speed and scale.

CrowdStrike’s proposed US$400 million acquisition of Humio is expected to close by the end of April. The company’s stock remains unchanged at US$238.56 per share in premarket trading Thursday. CrowdStrike executives weren’t immediately available for additional comment.

Humio was founded in 2016, employs 95 people and has raised US$31.8 million in four rounds of outside funding, according to LinkedIn and Crunchbase. The company’s customers include Hewlett Packard Enterprise, Bloomberg, Michigan State University and the New York City Cyber Command (NYC3).

“We are thrilled to join CrowdStrike, the company that is leading the security industry with its cloud-native data platform,” Humio co-founder and CEO Geeta Schmidt said in a statement. “CrowdStrike’s Security Cloud is the ideal platform to extend Humio’s technology and reach, while continuing our mission to empower customers to make data-rich decisions.”

Humio’s performance cloud log management platform enables customers to log everything and answer anything in real time, according to CrowdStrike. The company’s modern, index-free architecture makes exploring and investigating all data blazingly fast, even at scale, CrowdStrike said.

By leveraging Humio, CrowdStrike will help developers, security analysts and IT professionals gain complete observability to explore threats and vulnerabilities and obtain insight from computer-generated data in real time, CrowdStrike CTO Michael Sentonas wrote in a blog post. The deal will also build on the momentum CrowdStrike has achieved in addressing broader use cases outside security.

“CrowdStrike and Humio share a vision that contextual data can help solve critical enterprise problems across cybersecurity and beyond,” Sentonas wrote in the blog post. “I am every excited for what our combined future holds as we will quickly and significantly extend the use cases already addressed by the Humio platform.”

Humio’s platform was architected to easily ingest massive amounts of machine and application data, allowing enterprises to monitor, analyze, investigate and search all their data in true real time, Schmidt wrote in a letter posted to the company’s website. The technology is designed to help engineering teams proactively manage anomalies and recover quickly from various incidents, she said.

As Humio continued to see increasing momentum from enterprise security use cases, Schmidt said the company’s data lake enabled enterprises to search for longer periods of time and from more data sources. As a result, Schmidt said Humio customers can understand their entire environment, prepare for the unknown, proactively prevent issues, recover quickly from incidents and get to the root cause.

“When we began discussions with CrowdStrike, we instantly saw the power the two companies could bring to customers,” Schmidt wrote in her letter. “With Humio, CrowdStrike accelerates the extraction of value from data by enabling customers to collect all of the data in real time and at scale.”

Grow your software revenue by selling these 5 affordable, essential tools for the modern workplace
By Michael Novinson
Feb 19 2021
6:35AM